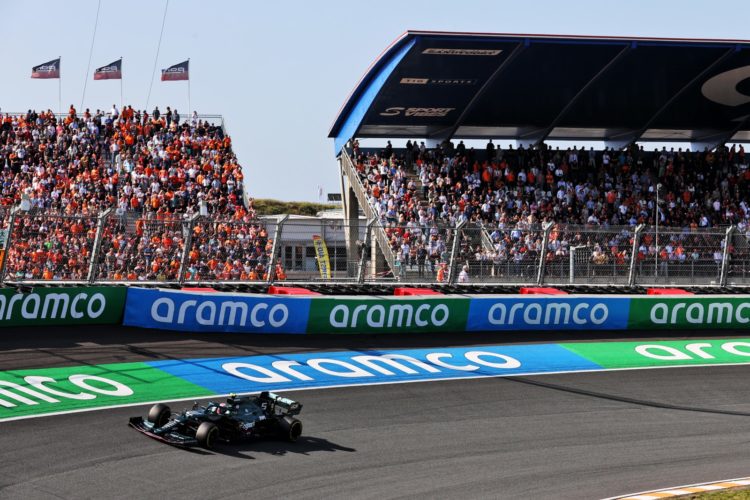 Saudi Arabia’s state-owned oil and gas company Aramco has expanded its presence in Formula 1 after partnering with Aston Martin.

Aramco became involved in Formula 1 in 2020 as one of the championship’s global partners, and last year took on title sponsorship of pre-season testing and select grands prix.

On Thursday Aston Martin announced Aramco as a new long-term strategic partner, and its logos will feature prominently on the AMR22.

The squad will officially be known as Aston Martin Aramco Cognizant Formula One Team.

“We are in the sport to win so I am delighted to welcome an incredible partner of the stature of Aramco,” said Team Owner Lawrence Stroll.

“I have learnt from this process Aramco has a tremendous amount of intellectual property and technical capability, which I know will greatly assist our team to achieve our goals of winning Formula 1 world championships.

“Our historic partnership demonstrates the scale of our ambition to make our team a pioneering and winning force in Formula 1 and showcase the sustainability and performance of Aramco’s products.”

Aston Martin’s AMR22 will be unveiled on February 10.

Sebastian Vettel and Lance Stroll will continue as its driver line-up.