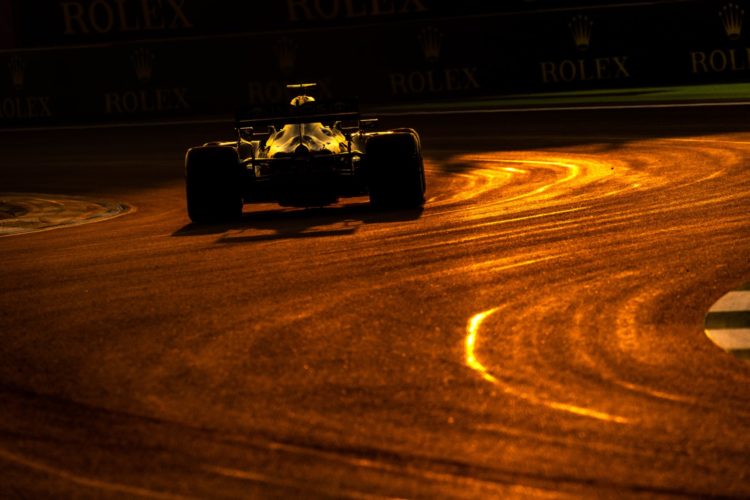 Formula 1 cars will have a level of performance “relatively similar” to its previous-specification machinery, according to Mercedes Technical Director Mike Elliott.

Formula 1 has overhauled its technical regulations ahead of the 2022 campaign in a bid for cars to produce closer and more exciting races through the reduction of dirty air.

Initially it was expected that the new specification of cars could be substantially slower than their direct predecessors but Mercedes has suggested this will not be the case.

“The overall performance of the new cars is probably not going to be very different from the old,” said Elliott in a video produced by Mercedes.

“Obviously the intention of these regulations was to try and improve overtaking. There will be a bit of time before we can see whether that’s actually happened.

“The cars are a bit heavier, the power unit on E10 fuel will perform slightly differently, the way the aerodynamics works and set up that goes with it will be different as well.

“Until we get the best out of that and developed that through testing and the first few races we’re not really going to know, but overall I suspect the performance will be relatively similar to last year.”

Elliott added that the drastic nature of the regulation changes has made the winter period a different proposition to previous off-seasons.

“When you get a new set of regulations it’s a new challenge to start from scratch,” he said.

“In most years when you have carry-over regulations you have a pretty good idea of what ‘good’ looks like. You know what sort of gains you need to make from the previous year’s car and you can sort of work on a direction of fine tuning and finding all those incremental gains.

“When you’ve got a brand-new set of regulations you don’t know what the limit is, you don’t know where you can get to, and that’s exciting for engineers – to explore that and do it in a better way than the opposition.

“In a normal year you’ve got a pretty good idea of what you need to find over the winter, but with the brand new regulations who knows what’s going to turn up or what the competition will have brought.”