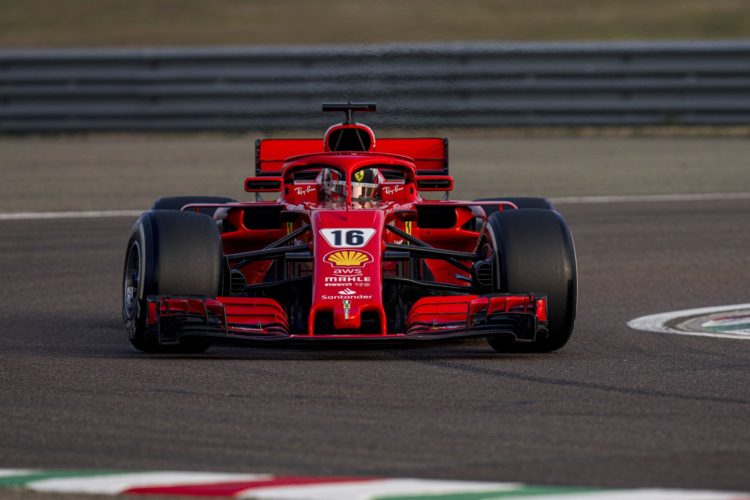 Ferrari intended to carry out a four-day test with its 2021-spec SF21 but was forced to rearrange its schedule amid uncertainty over the use of historic machinery.

Instead it began proceedings in its 2018-spec SF71H on Wednesday afternoon, with test driver Robert Shwartzman undertaking running.

Sainz took over on Thursday morning, completing 59 laps at a cold and initially damp Fiorano, before Leclerc completed duties in the afternoon, running 48 laps.

Shwartzman is due to have a full day on Friday to add to his 44 laps from Wednesday.

“At the moment, like all the other drivers in fact, we are working in the simulator or training really hard in the gym,” said Sainz.

“However, when it comes to demands placed on the body, nothing can match actually being in the car.

“That’s why, being able to drive before the start of the season, no matter in what car, is always very useful for a driver. It gives your body a wake-up call, reminding you what it means to be a Formula 1 driver.”

Ferrari’s as-yet-unnamed 2022 car is due to be unveiled on February 17.

“After a month and a half without sitting in the cockpit, I was really keen to drive again,” said Leclerc. “It was great fun and also useful training.

“I can’t wait to be back on track in Barcelona with the 2022 car to really start this new Formula 1 era and see if all the work we have done since last year will pay off in terms of the competitiveness we expect.”

AlphaTauri has also be in action this week with Pierre Gasly and Yuki Tsunoda testing its 2020-spec AT01 at Emilia Romagna Grand Prix venue Imola.