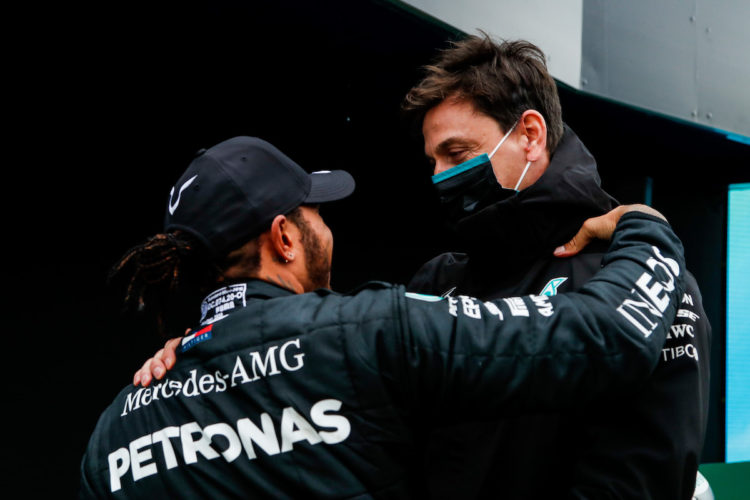 Hamilton has not publicly been heard from since the final race of the 2021 season in Abu Dhabi last month.

The Briton dramatically missed out on the championship after being overtaken by Red Bull’s Max Verstappen in controversial circumstances.

The fallout from the incident has raised question marks over Hamilton’s future in the sport, despite the seven-time World Champion signing a two-year extension with Mercedes last year.

Villeneuve believes that Wolff’s comments during and after the race in Abu Dhabi last year has damaged his image, which has led Hamilton to isolate himself from the Austrian.

“I interpret his silence as a way of distancing himself from Wolff,” Villeneuve told Gazzetta dello Sport.

“You can lose in style, instead Toto behaved like someone who plays Monopoly but, because he is losing, he throws it all upside down.

For me, he [Wolff] has damaged his image, and Hamilton is sensitive on this issue because he is thinking about his future in America, perhaps in Hollywood. It depends on how good the new Mercedes is, whether it will be easy to win or not.

“Lewis is also a bit tired. He had quiet seasons after Nico Rosberg’s retirement, and he certainly doesn’t want to live a year like the last.

“He thought he could easily break records and that wasn’t the case, and then when you lose a title like that, it’s as if you had a diamond in your hand and then it’s taken away from you.

“It hurts much more than if Verstappen had led the whole race.”