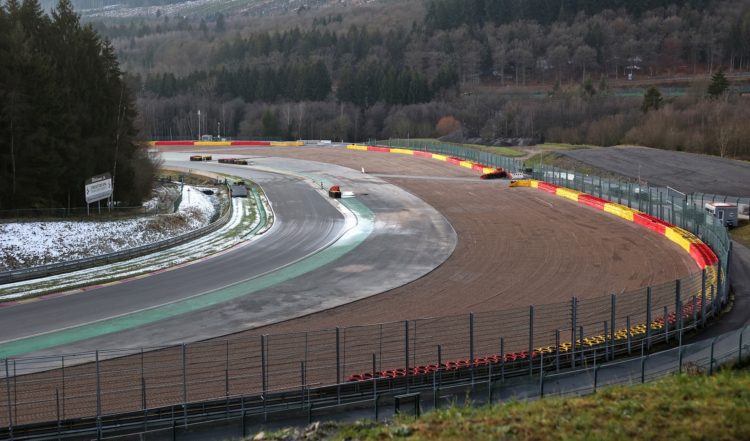 Organisers at the Circuit de Spa-Francorchamps have provided an update of the circuit improvements that are being made ahead of the 2022 season.

The works are being undertaken with a view on safety, particularly with a focus on bike racing, as the circuit needs to receive FIM Grade C to host the 24H SPA EWC Motos this year.

Spa also has long-term ambitions to host a round of the MotoGP World Championship.

Spa has been a mainstay on Formula 1’s calendar though last year’s race was farcically run for just three laps behind the Safety Car due to extreme weather conditions.

The most striking safety improvements concern the partial return of gravel at several complexes as well as a widening of some run-off areas.

This is being undertaken at La Source, Les Combes, Malmedy, Bruxelles, Blanchimont and the Bus Stop chicane, and most recently at the high-speed Pouhon right-hander.

At Eau Rouge the run-off has been extended on entry while larger tarmac run-offs have been installed on both sides of the circuit through Raidillon.

A large grandstand is under construction at the top of Raidillon that is set to be completed by April.

This year’s Formula 1 Belgian Grand Prix is scheduled to take place on August 28.