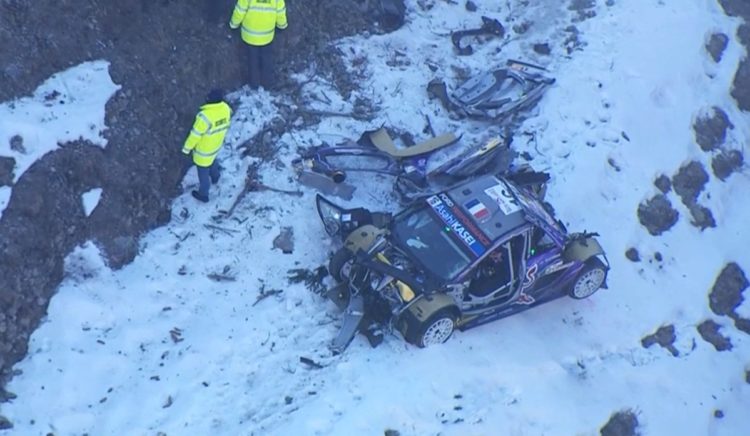 M-Sport Ford’s Adrien Fourmaux has escaped unharmed from a huge crash during Rally Monte Carlo, which saw the Frenchman roll his Ford Puma multiple times down an embankment.

Fourmaux appears to have misjudged a left-hand corner on the third stage on Friday morning, which sees him make contact with the embankment on the right. His Puma then flies off the road at speed and down the side of the mountain.

His car came to a rest at the bottom of a ravine, sustaining heavy damage, though the roll-cage appears to have remained intact. However the damage may prove too much to repair.

Both Fourmaux and co-driver Alexandre Coria emerged unharmed from the crash.

At the time of the incident, Fourmaux had been fourth in the overall standings, just 17.9s adrift of then leader Sebastien Ogier, who led Thursday’s shakedown.

“He has had a very heavy accident by the looks of things,” saidM-Sport team principal Richard Millener.

“From what I can see it looks like quite a dirty corner he has gone to cut the line and I guess the cars in front have pulled a bit of mud out, and he just went head on into a mountain, and it has just flipped him over the barrier and 20 to 30 meters down the bank.

“The car looks fairly heavily damaged so I suspect that will be the end of the rally for this one which is a real shame.”

After stage four, Ogier retains his lead, but long-time rival and fellow Frenchman Sebastien Loeb, driving for M-Sport Ford, has cut the gap down to 2.8s following multiple stage wins. 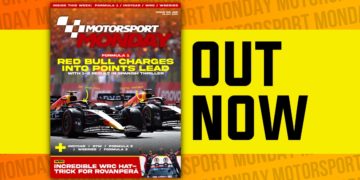 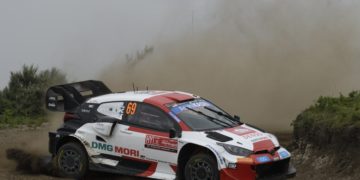