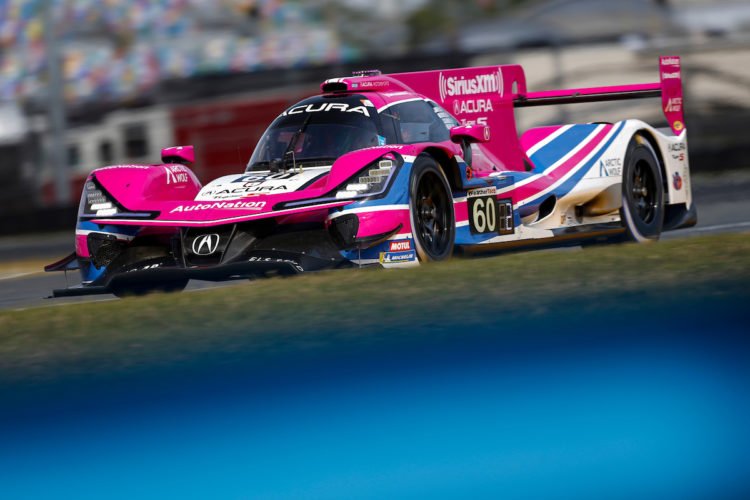 Tom Blomqvist has posted the fastest time in the second Roar Before the 24 session at Daytona International Speedway.

The Briton, driving the #60 Meyer Shank Racing Acura ARX-05, posted a 1m 34.351s in the closing stages of the session to go quickest overall.

In doing so, he demoted the #10 Wayne Taylor Racing Acura of Filipe Albuquerque to second place by 0.336s.

Tristan Vautier took fifth for JDC-Miller Motorsports, ahead of Whelen Engineering’s Tristan Nunez and Jimmie Johnson in the #48 Ally Cadillac.

In GTD Pro, Mirko Bortolotti led proceedings for the second session in a row in the #63 TR3 Racing Lamborghini Huracan GT3 Evo as the Italian’s 1m 46.516s was 0.269s faster than Pfaff Motorsports’ Mathieu Jaminet. Laurens Vanthoor rounded out the top three for KCMG.

Raffaele Marciello was quickest in GTD for SunEnergy1 Racing, with his #74 Mercedes-AMG GT3 Evo quicker than the majority of GTD Pro runners and falling only behind Bortolotti.