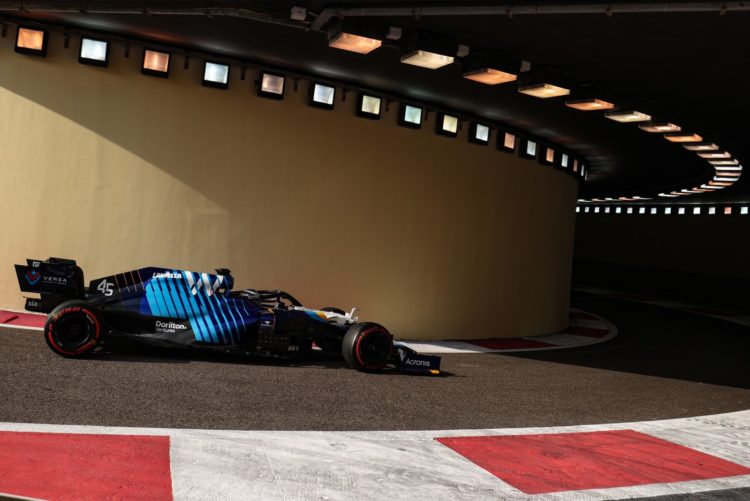 Formula 1 tyre supplier Pirelli says it expects all 10 teams to play an active role during in-season tyre testing through 2022.

Pirelli is introducing 18-inch tyres for 2022 as part of the overhaul of Formula 1’s regulations that has been under development for several years.

Under current regulations Pirelli is permitted 25 days of in-season development running in order to refine its products or tackle any weaknesses for the following season.

Williams did not participate, and was subsequently absent from the post-season Abu Dhabi tyre test, but Pirelli expects all teams to have a role in the private test days in 2022.

“We agreed with the FIA a number of test days, that is 25, it’s a good compromise and I believe it gives us a good opportunity to develop our product,” explained Pirelli Formula 1 boss Mario Isola.

“Clearly, when you have a completely new product like the 18-inch tyres you try to add more and more. Last year we actually had 28 days.

“Last year unfortunately Williams was not able to produce a mule car, we had only nine teams out of 10, but this year they are going to use the 2022 cars, so all the 10 teams have the opportunity to support us in developing the tyres.

“That’s important because our tyre is always the best compromise, it’s not the tyre for the winner. We need to make a tyre that is good for everybody and testing with everybody is giving us that.”

Isola is nonetheless aware that securing free time for tyre testing is increasingly problematic due to the calendar, which this year features a record-breaking 23 races in just an eight-month window.

“To accommodate the test days, what we are trying to do as much as possible, is use the test days after the [grands prix],” said Isola.

“So we go to Barcelona for the race and we try to stay there for a couple of days, Tuesday and Wednesday.

“But we need to be sure it’s not a back-to-back or a triple-header so there are some limitations in some countries.

“I believe that now we have a good compromise in the number of the test days available and also that we can test with all the teams.”