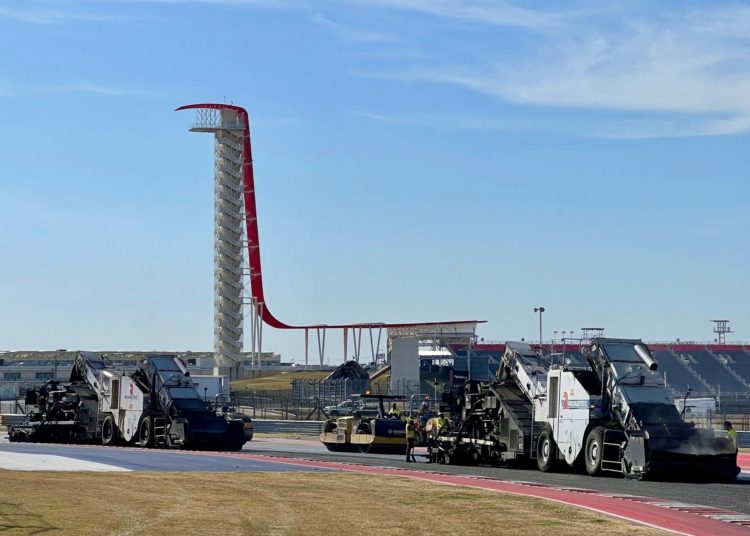 The Circuit of the Americas has repaved sections of its track in a bid to address the bumps that have plagued recent major events.

COTA has only been in operation since 2012, and is the home of Formula 1’s United States Grand Prix and MotoGP’s Grand Prix of the Americas, but it has had regular issues.

That is because COTA, and swathes of the surrounding region, has soft underlying soil and clay that can cause movement to the surface, creating bumps and dips, which is exacerbated by extreme weather conditions.

The issue was most pronounced for MotoGP bikes through the first sector of the lap, with riders raising safety concerns, and suggesting a return would be unlikely without changes.

Short-term fixes were made prior to Formula 1’s event in late 2021 but further work has now been undertaken.

In a statement COTA outlined that it worked with consultants to “review asphalt designs and diagnose the parts of the track in need of resurfacing.

“Ground penetration radar and laser mapping equipment and software was used to map the track and identify the different repairs needed.

“Additionally, COTA worked with contractors to ensure the new asphalt and concrete foundations were even and flush, creating an ideal track for upcoming races and events.”

MotoGP is due to return to COTA for the fourth round of the 2022 season on April 10.

Formula 1’s US Grand Prix is scheduled to take place in its usual autumnal slot, this year on October 23, as the fourth-to-last event.