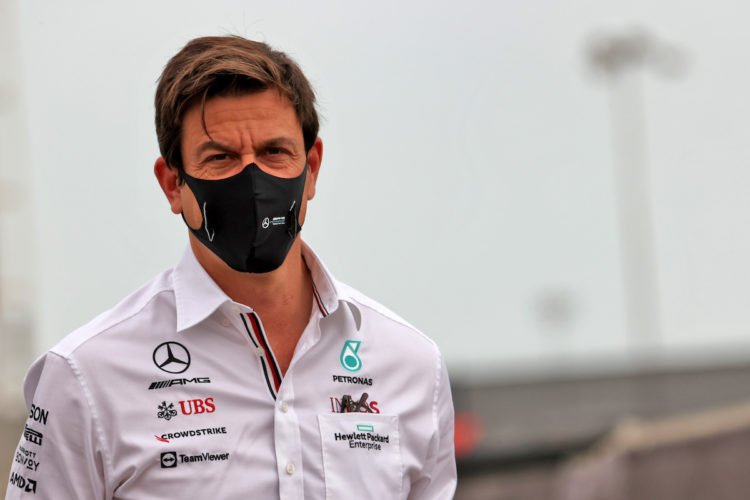 Ex-Formula 1 driver Martin Brundle has hit out at Mercedes boss Toto Wolff for his radio calls to Race Control during the 2021 season finale in Abu Dhabi last month.

In the midst of the controversial Safety Car restart, Wolff’s radio messages to F1’s Race Director Michael Masi were broadcast on the world feed.

Wolff was critical of Masi’s decision to let the cars between Lewis Hamilton and Max Verstappen unlap themselves, before restarting the grand prix on the final lap.

When asked by Sky Sports F1 if radio calls from team bosses to Race Control need to stop going forward, Brundle said: “One hundred per cent.

“In the first Safety Car incident when Giovinazzi’s Alfa Romeo broke down some way from a service road, we had Toto on the radio to Masi saying, ‘Hey Michael, no Safety Car!’, trying to influence a safety decision.

“[It’s] completely unacceptable and Toto knows that. We can’t have that.

“What used to happen in the Herbie [Blash] and Charlie [Whiting] days is they’d get on the radio to Charlie [and] Herbie would go, ‘He’s busy at the moment, he’ll get back to you’.

“Of course, he didn’t, because Charlie was busy sorting out the mess that was on track and working to understand when the race could be restarted.”

Dialogue between senior team members and Race Control was a new feature added to the world feed in 2021.