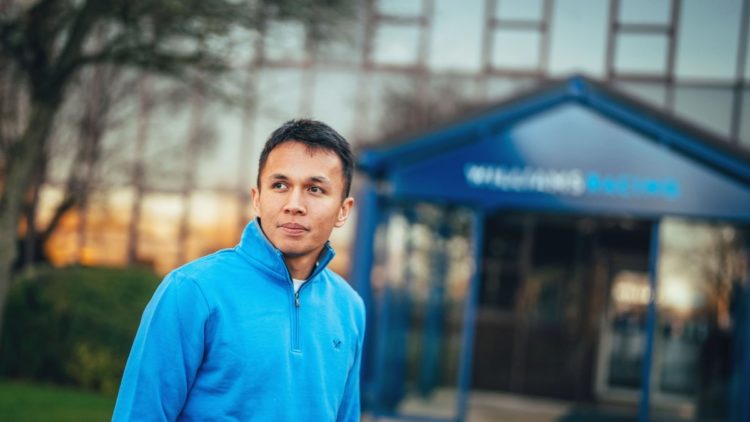 Alexander Albon has completed his first official day as a Williams driver at the team’s factory in Grove.

Earlier this week, the Thai-British driver arrived at the facility following a training camp in Los Angeles.

Albon has been signed up to race for Williams alongside Nicholas Latifi in 2022, after he was sidelined for the 2021 campaign.

Last year, he worked as a reserve driver for Red Bull and assisted the team with simulator and set-up work throughout its championship-winning season.

During his visit to Grove this week, Albon was introduced to his new colleagues, while also driving the team’s simulator as it continues preparations for the 2022 campaign.

“It was nice to see the team after a long break,” Albon said. “I’ve said hello a couple of times in the paddock, but this was my first time visiting the car crew in their own work environment.

“Obviously we’re in weird times right now so it’s a bit quieter than it normally would be, but it was nice to get a good day of simulator work in.

“These are really exciting times, it was great to get straight to it and start developing the car so we can to get it in the best window possible for when we take to the track.”

Williams ended the 2021 campaign eighth in the Constructors’ Championship, enjoying its most successful season since 2017.

The team has not yet announced when it will launch its 2022 car, which has been designed under a new set of technical regulations.