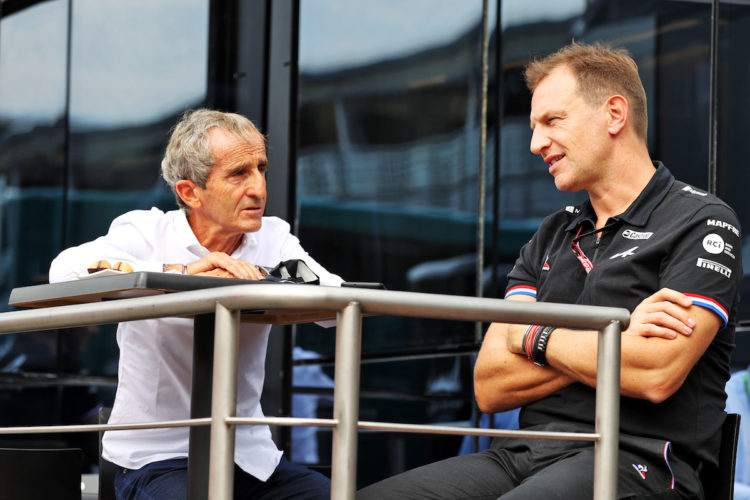 Alain Prost has blamed Alpine CEO Laurent Rossi for his exit from the team ahead of the 2022 Formula 1 season.

Prost confirmed on social media on Monday evening that he had left Alpine, expressing that he was “very disappointed” by the timing of the announcement.

The four-time World Champion refused a two-year extension to his Non-Executive Director role over the winter, and is the second major departure from the team this year following Marcin Budkowski’s sudden exit.

Prost believes he wasn’t respected within Alpine and that maintaining relations with other senior team members became more difficult as the 2021 campaign went on.

“The 2021 season was very disruptive for me, in that I felt that the old ones [at the team] had to go,” Prost said.

“I accept the change because we don’t have to do F1 always the same way. We can do it differently, and that is what throughout the last year has been done. But for me, it became too complicated.

“I was no longer involved in the decisions. Sometimes I did not even share in them at all but I had to continue to put out the official word.

“Even as a member of the board of directors, I discovered certain decisions at the last minute.

“One might not be able to be heard, but at least one should be warned in time. It’s a question of respect. Relations became more and more complicated. I felt that there was a lot of jealousy.

“What I don’t appreciate is the relationship and the lack of respect for people.

“When the team boss doesn’t even say hello to you when you arrive at the circuit, it’s because there’s no more fun. There isn’t even any respect anymore. And then it just can’t work.”

Since the departure of Budkowski, former Aston Martin Team Principal Otmar Szafnauer has been heavily linked with a leading role at the team.