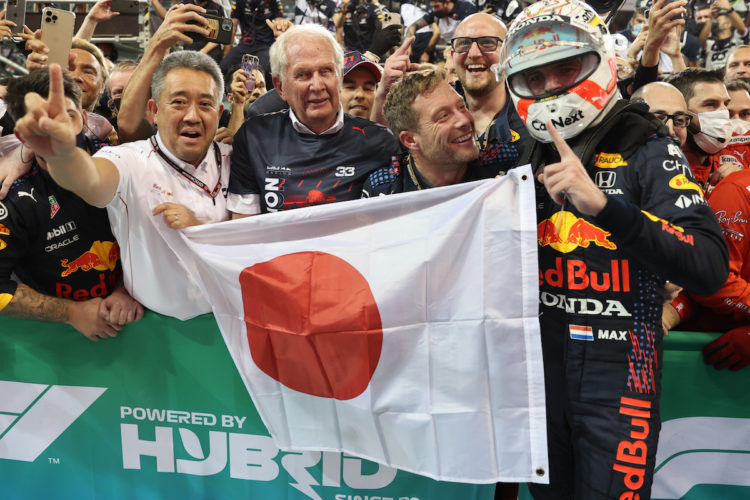 In 2020, Honda announced that it would leave the sport at the conclusion of the 2021 campaign.

Its stint in F1’s turbo-hybrid era ended on a high, as it secured the Drivers’ Championship with Red Bull and Max Verstappen last month in Abu Dhabi.

This year, an engine freeze is coming into play, with Red Bull taking over the intellectual property of Honda and continuing with its unit under the ‘Red Bull Powertrains’ name.

However, when asked by Autosport whether Honda should’ve remained in the sport and attempted to achieve further success with Red Bull, Yamamoto said: “Personally yes, I agree.

“But this is obviously a company decision and I understand which way the company wants to go, so in the end we have to accept that.

“But we always have the imagination, so we hope one day Honda will return to F1.”

Honda’s success with Red Bull came after a number of difficult years in which it struggled in a three-year partnership with McLaren.

Yamamoto added that Honda’s departure motivated the team to fight as hard as it could throughout the 2021 season and deliver a World Championship.

“We took a different mindset and looked at the decision in a different way. We tried to give everything to perform in the time that we had still left.”