Schumacher: Race starts the most difficult thing to learn in F1 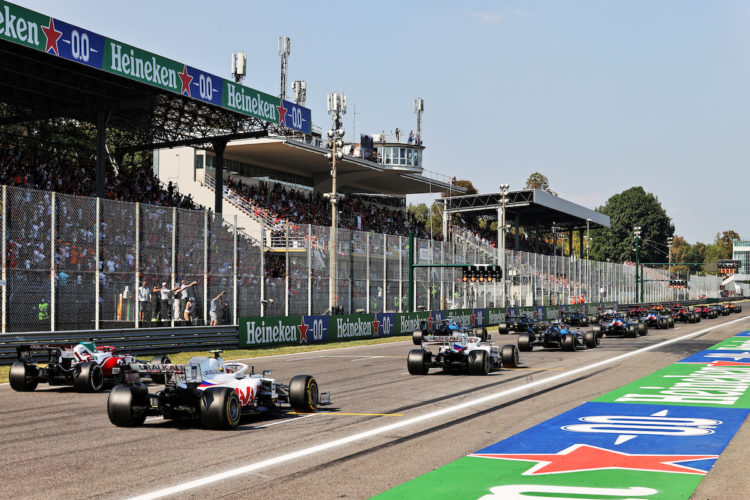 Mick Schumacher has named race starts as the most difficult aspect of Formula 1 that he had to adjust to in 2021.

The German joined Haas last year for his maiden season in the sport, competing at the back of the field for much of the campaign as the American-owned squad opted not to upgrade its car.

Schumacher scored zero points across the year and ended the season 19th in the Drivers’ Championship.

Speaking to Auto Motor und Sport, Schumacher says that dealing with the lack of downforce at race starts was the toughest adjustment to make.

“Probably all the start phases [was the most difficult part to learn],” Schumacher said.

“The car is extremely vulnerable there. In Monte Carlo, for example, you lose almost 100 per cent downforce.

“You can’t imagine that as a rookie, that you’re still driving through the corner at full throttle in practice, and in the starting scrum the car suddenly goes straight.

“You have to experience it and learn from these situations. For example, how to behave in a duel the next time.”

This year, new technical regulations will come into play, creating the chance for several teams to make a leap toward the front of the field.

Although Haas switched its resources to the 2022 car before rival teams, Schumacher understands that it doesn’t mean Haas will make the most significant step forward this year.

“The big question is how much that will help us, but the other teams don’t have dummies working for them either,” Schumacher said.

“They know where things are headed. We’ll have to wait and see.

“Hopefully we’ll have something on the car that will give us a small advantage, at least at the beginning.

“The hope is that everyone will be closer together and you can race against each other.

“Maybe that will be the case at the beginning. In the end, the usual teams will pull away again. The only question is by how much.”