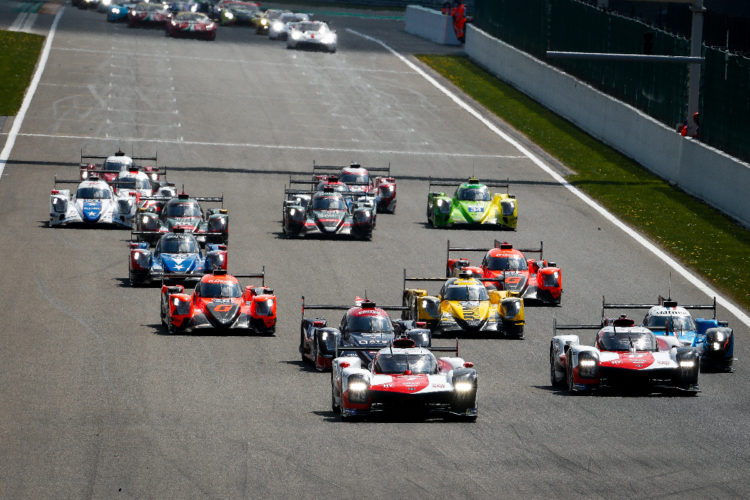 The FIA World Endurance Championship has unveiled a record-breaking 39-car entry list for the 2022 championship.

The list, released on Wednesday morning, features six full-season Hypercar entries, fifteen entries in the LMP2 class, five in GTE Pro and thirteen in GTE Am.

The Hypercar ranks for the second season in the class’ history will see Toyota field its two GR010 Hybrids against two of Peugeot’s new 9X8s, as well as returning one-car entries from Glickenhaus and Alpine.

The French manufacturer’s inclusion on the full-season list is a strong indication that it intends to contest at least a number of races in 2022. When and where it will be debuting, how many races it will contest and if it will be present at the 24 Hours of Le Mans, however, still remains unknown at this time.

LMP2’s record-breaking count of fifteen cars welcomes a number of significant new teams to the championship for the first time.

Most notably, it officially confirms the addition of American powerhouse Team Penske to the series. Penske will be fielding a single ORECA 07-Gibson for Porsche factory drivers Felipe Nasr and Dane Cameron as the duo and the team prepares for Porsche’s LMDh entry. They will be joined by Emmanuel Collard.

The class is rounded out by returning efforts from Inter Europol Competition and Richard Mille Racing Team.

GTE Pro features no surprises as the single-car effort from Corvette Racing joins to form a five-car class with returning two-car efforts from Porsche and Ferrari.

GTE Am has seen most of last year’s grid retained, with a few new additions. As previously reported by MotorsportWeek.com, Toni Vilander returns to the series to partner Simon Mann and Christoph Ulrich aboard the #21 AF Corse Ferrari 488 GTE Evo.

Spirit of Race also returns to the series to field a single car for Franck Dezoteux and Pierre Ragues. Further one-car efforts include a returning GR Racing and NorthWest AMR, which has added David Pittard and 2019-20 GTE Pro world champion Nicki Thiim to its line-up.

Team Project 1 and Dempsey-Proton Racing both return with two-car Porsche efforts, while TF Sport also returns to field both its own #33 car and the D’Station Racing Aston Martin.

Several teams will not return to the series after 2021: Racing Team Nederland, DragonSpeed, High Class Racing and Cetilar Racing have all left to focus on the IMSA WeatherTech Sportscar Championship instead.

“What better way to celebrate the WEC’s tenth anniversary than with a record-breaking number of cars on the grid,” said Frédéric Lequien, CEO of the FIA World Endurance Championship.

“Not only do we have a strong and varied field in Hypercar and LMGTE Pro, we also see record numbers in LMP2 and LMGTE Am, which is testament to the continued growth of our championship.

“The future of the WEC is looking extremely bright and we’re looking forward to seeing everyone in Sebring for the start of what promises to be another memorable season.”