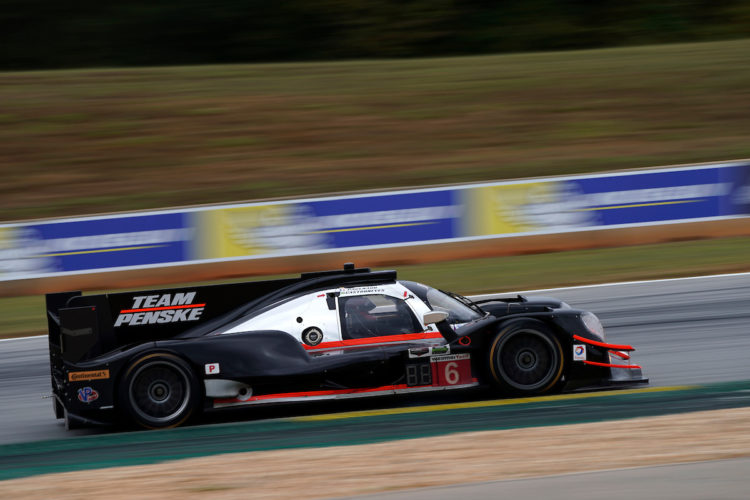 Team Penske will field a single-car LMP2 entry into the 2022 FIA World Endurance Championship in preparation for its Porsche LMDh programme in 2023.

Nasr and Cameron were announced as part of Porsche’s factory LMDh effort last month, which will be operated by the North American stalwarts.

“Outside of Sebring and Spa, racing at some of these historic tracks all around the world will be a new experience for both myself and the team,” said Cameron”We want to learn, but we also want to be competitive and race for class wins.

“This will also be a great opportunity to build our notebooks to be even better prepared for the future. I’m excited to race at these historic tracks against some great competition in WEC, and it’s going to be incredible to compete for Team Penske at Le Mans.”

Collard is the Silver driver in the line-up. The veteran Frenchman, who last raced in LMP2 in 2017, was previously a Gold-rated driver but was downgraded for the 2022 because of his age.

Rumours that Penske would be moving into the LMP2 ranks were swirling ever since an ORECA 07-Gibson had been spotted testing at the Indianapolis Motor Speedway in late 2021.

The team has previous history with the Gibson-powered prototype, fielding a single car at Petit Le Mans in 2017 in preparation for its Acura DPi factory effort in the IMSA WeatherTech Sportscar Championship.

That effort would go on to secure back-to-back DPi championships in 2019 and 2020, with Cameron notably winning the title alongside Juan Pablo Montoya in 2019 before Ricky Taylor and Helio Castroneves repeated the feat a year later.

“We look forward to learning as much as we can about the WEC process in 2022 as most of our competition has competed in this series for many years,” said Team Penske President Tim Cindric.

“Much like the approach we took by running Road Atlanta in 2017 when we returned to sports car racing after an eight-year hiatus, we think the LMP2 class provides us a means of gaining valuable experience as we continue to build our program to compete full-time in the IMSA and WEC LMDh class.”