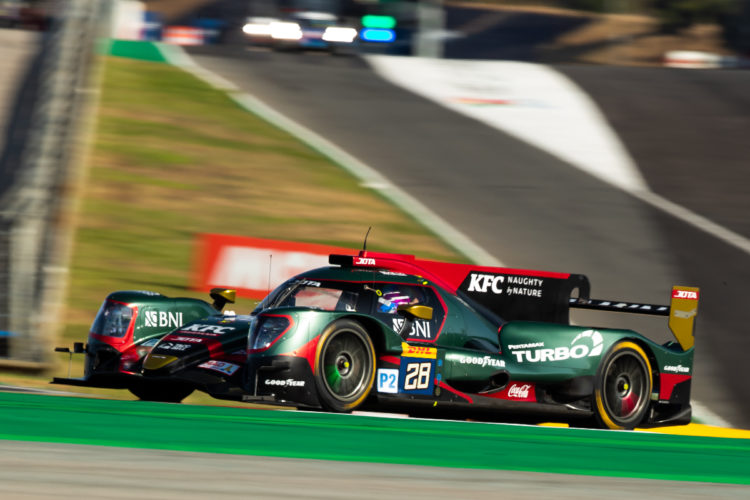 JOTA has unveiled a revamped line-up for its #28 ORECA 07-Gibson following the departure of Stoffel Vandoorne, Sean Gelael and Tom Blomqvist from the team.

It was announced that the trio would be departing the squad after its successful 2021 campaign, with Vandoorne and Blomqvist likely following Gelael to Team WRT.

Instead, the #28 car will now by driven by the all-new trio of Oliver Rasmussen, Jonathan Aberdein and Ed Jones.

Rasmussen, a previous race winner in the Formula Regional European Championship, raced in FIA F3 in 2021. He will also join G-Drive Racing at the Rolex 24 at Daytona.

Jones, meanwhile, is a former IndyCar racer, racing for the likes of Chip Ganassi Racing and Dale Coyne Racing. The Dubai-born Brit was scheduled to race in DTM in 2020, but lost out on that opportunity due to COVID-induced travel issues.

Jones and Rasmussen will also team up together at this month’s Rolex 24 at Daytona, as they’ve both been signed to drive G-Drive Racing’s #68 Aurus 01 at the Florida classic.

JOTA also announced the line-up of its #38 car earlier on Wednesday, with Will Stevens coming in to partner Antonio Felix da Costa and Roberto Gonzalez.