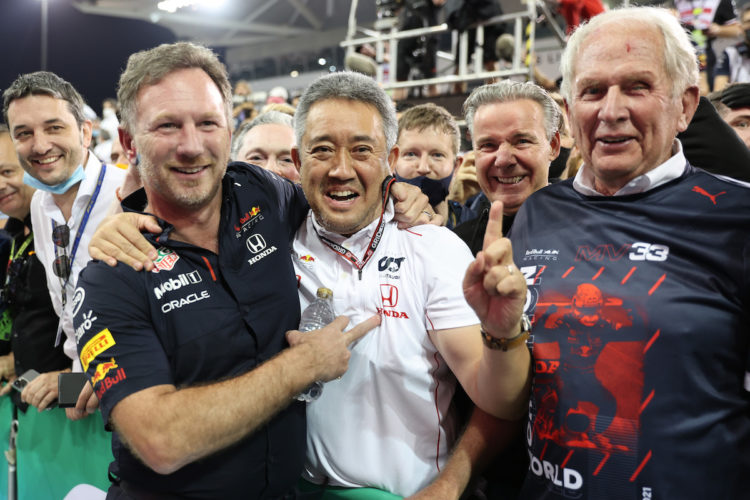 Honda’s motorsport boss Masashi Yamamoto says that he “hopes and expects” to see the Japanese manufacturer back in Formula 1 in the future.

Honda exited the sport following the conclusion of the 2021 season, ending its seven-year stint back in F1 as an engine supplier.

It joined forces with McLaren in 2015, before switching to Toro Rosso in 2018. From 2019 onwards, it supplied the front-running Red Bull squad, as well as its sister Toro Rosso/AlphaTauri team.

Red Bull and AlphaTauri will continue to use Honda’s power unit in 2022 under the new Red Bull Powertrains name, with many Honda staff staying onboard.

While the Honda company has officially left the sport, Yamamoto doesn’t believe it means the end of its time in F1.

“Personally I hope and expect Honda will come back to Formula 1,” he told F1.com

“It depends on young people in Honda being passionate about motorsport and if they can convince senior management to come back. But history repeats, so I hope it can happen.”

It marked a significant achievement for the Japanese squad, whose early days in the turbo-hybrid era were marred by poor reliability and a lack of pace.

“Even while having to deal with logistical difficulties, partly down to the Covid-19 pandemic, in this our last season, we have been fighting with very strong rivals and we came out on top of the Formula 1 world,” Yamamoto added.“This is due to all the hard work from all our engineers and mechanics, not just those at the racetrack. They never gave up, even in the most difficult times, and made numerous technological breakthroughs along the way.

“We were able to prove the validity and effectiveness of our technology and the abilities of our workforce.

“Of course, we could not have achieved these results without the major role played by our great partners, Red Bull Racing with whom we won the title and also Scuderia AlphaTauri, who welcomed us with an open mind, allowing us to move forward together after a difficult three years.”