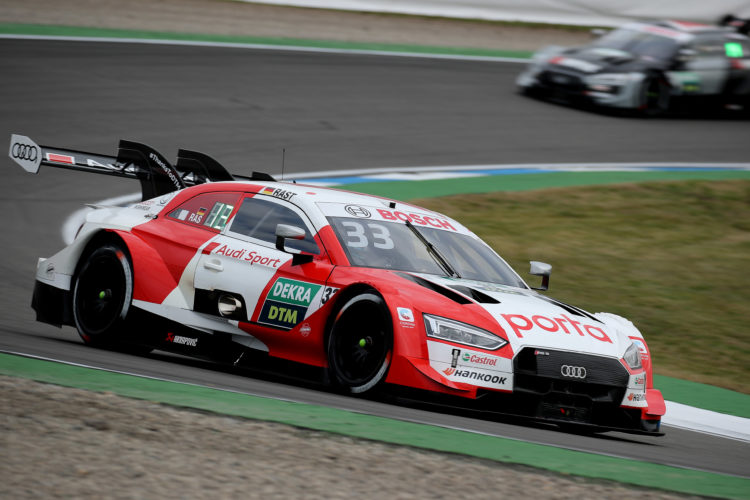 René Rast will return to the DTM this year, partnering with his old Formula E team, ABT Sportsline in an Audi GT3 car.

The experienced German will be partnered by Kelvin van der Linde, who raced for the Abt team last year and missed out on the title after a controversial final race at the Norisring.

Rast’s car will be red and white, evoking memories of his championship-winning cars, while van der Linde’s will be black and white.

Rast said: “I’m very happy to be returning to the DTM after a year’s break. I never lost my desire for the DTM. Audi wanted me to concentrate fully on Formula E last season. I was on site at a few DTM races. I liked what I saw.”

He continued: “I will have almost the same crew from Formula E in the DTM. My engineer will remain the same, as will my chief mechanic and some of the mechanics. We are a super well-coordinated team. It just made sense to continue together.”