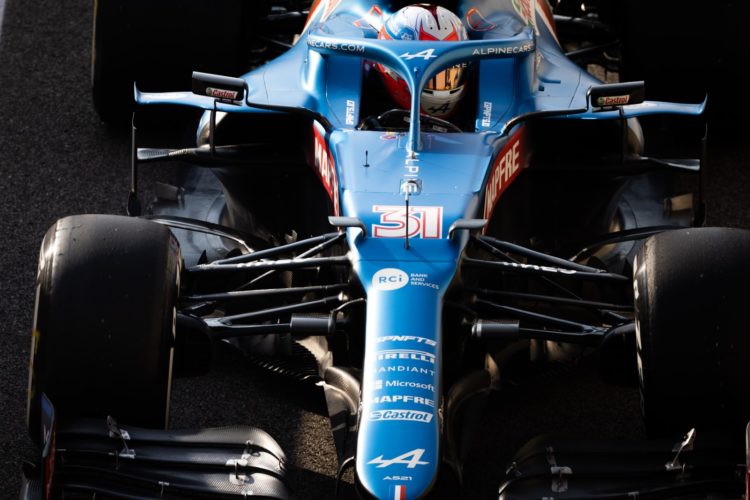 Alpine spent much of last season scrapping for the lower points-paying positions but grasped chances to score 40 per cent of its points total across just two races.

That came in Hungary, where Ocon claimed a shock victory, and in Qatar, where Fernando Alonso returned to the podium for the first time since 2014.

Ocon’s fourth in Saudi Arabia marked the only other event at which Alpine collected a top-five finish.

Its haul in those events played a large factor in Alpine beating AlphaTauri to fifth in the final standings.

“But as soon as there was an opportunity, we were there to be able to take them: Qatar, Saudi, Budapest, almost Sochi for Fernando.

“Yeah, we wanted to operationally be on top of our game and we’ve done so and I think we can be proud of that.

“Because that means when we’re going to have a fast car we can be fighting up there with the top cars and the top teams without being afraid.”

Ocon’s victory in Hungary was not only his maiden triumph but also the first for the Enstone-based team since the opening round in 2013, when it ran as Lotus.

“For sure it’s a great feeling and, yeah, I’m also glad that we’ve got that [out of the] way, also for the team,” said Ocon, who is contracted to Alpine through 2024.

“Obviously it is the first time since the Renault comeback in the new era of Formula 1 [in 2016], so next time, hopefully soon, we’ll be in that position we know how it feels and we don’t have as much pressure, we can just do our job and make it happen.”

Ocon added that “we want to have more of those moments, it’s not only [about] one [win]; we know we have a long way and a lot of hard work coming up.”