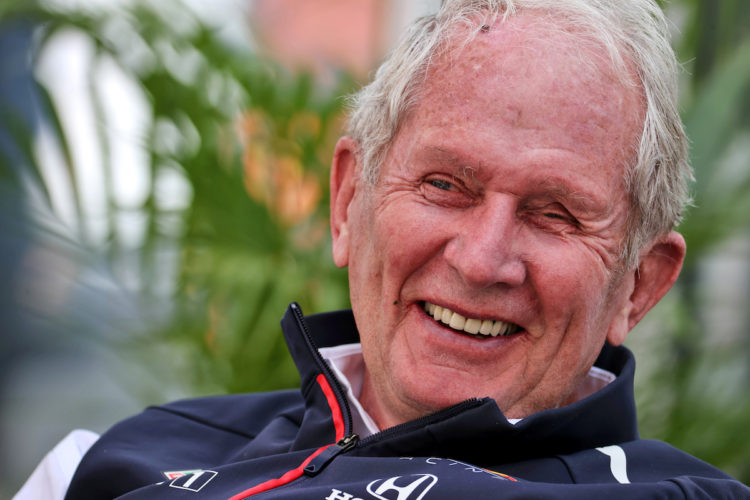 Red Bull’s Dr Helmut Marko has called on Formula 1 to implement consistent and precise decisions from the stewards’ office in 2022.

Throughout the 2021 season, many fans became disgruntled with how the FIA treated certain incidents, with Mercedes’ Lewis Hamilton admitting at one point that the rules of engagement on the track were “not clear”.

A new president of the FIA was recently appointed in Mohammed Ben Sulayem, with Marko believing that the Emirati’s new position gives the FIA a chance at a fresh start.

He says that the stewards’ decisions that are delivered during or following a session should not feel “random” to viewers.

“We have a new FIA president, and what I have heard from him so far sounds good,” Marko told ServusTV.

“He wants to innovate and I think we should think about the motto Niki Lauda came up with – ‘let them race’. That has to be the starting point.

“There is no consistency to be seen in the decisions and therefore we get the feeling it all looks random.

“The rules need to be more precise, but the stewards also need to express themselves more clearly and make better decisions.

The 2022 season will get underway later this year in Bahrain on March 20.