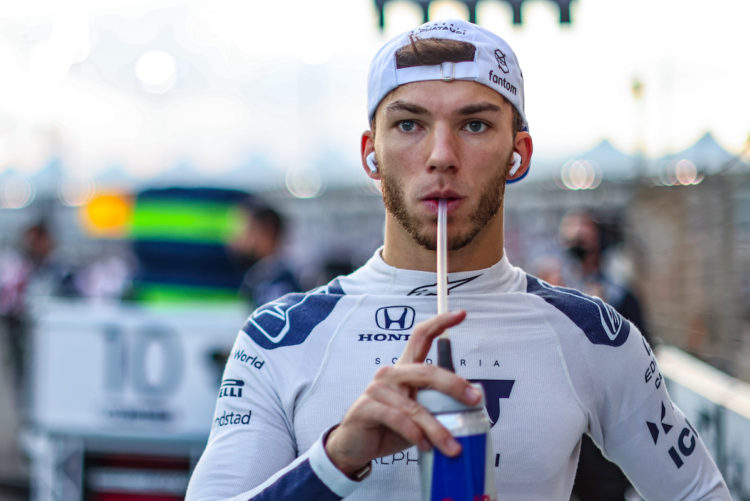 Pierre Gasly has admitted frustration over the little recognition he feels he gets from Red Bull in Formula 1.

Gasly entered the sport via the Red Bull junior programme, spending the full 2018 season at Toro Rosso before receiving a promotion to the senior Red Bull outfit in 2019.

However, midway through his first campaign for the front-running team, he was demoted back to Toro Rosso amid a spell of disappointing results.

Since his return to the sister squad, which has since rebranded to AlphaTauri, the Frenchman has displayed himself as one of the most consistent and reliable drivers on the grid.

In 2021, he ended the season ninth in the Drivers’ Championship with 110 points.

Gasly missed out on a chance to return to Red Bull last year, despite a strong 2020 campaign, with the energy-drink outfit signing Sergio Perez alongside Max Verstappen.

Speaking to Auto Motor und Sport, Gasly highlighted the difficult nature of not being shown the recognition he believes he warrants from Red Bull.

“My desire, my will to fight for world championships is very strong,” Gasly said. “I’m in Formula 1 to fight at the top. That motivates me to keep improving.

“I won’t lie, it’s hard to deliver a season like that. And then when I compare myself to those who got the opportunity for a Red Bull seat, it’s disappointing. Based on the numbers and results, I have delivered a better performance than anyone else in this team.

“But at the end of the day, I don’t get the recognition and reward for that. That’s hard to swallow. It disappoints me, of course.

“I know what I want to achieve in this sport. I want to fight at the top. That hasn’t changed.

“Next year it won’t be that far yet, but that doesn’t mean if it’s not there in 2022 it won’t happen in 2023. I continue to give full throttle and believe in myself.

“I hope the AlphaTauri will be as good as it was this season, despite the change in regulations.”

In 2022, Gasly will compete in his third consecutive season at AlphaTauri.