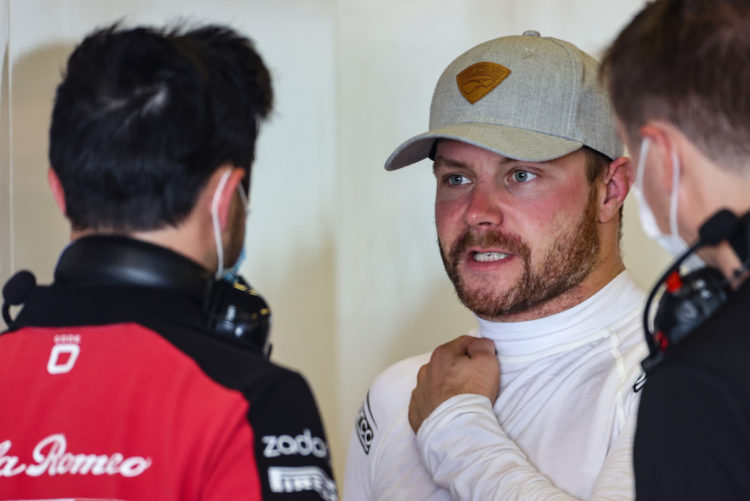 Valtteri Bottas says he never considered severing all ties with Formula 1 following the 2021 campaign after losing his seat at Mercedes.

Last year, Mercedes announced that George Russell would replace Bottas at the front-running outfit for 2022.

Bottas subsequently found refuge at Alfa Romeo, taking the drive left vacant by Kimi Raikkonen, who opted to end his career in the sport.

Bottas admits that he questioned whether or not moving to Alfa Romeo was the right decision, given its lacklustre on-track pace compared to Mercedes.

However, the 32-year-old asserts that he was not keen to drop out of F1 permanently after missing out on a Mercedes extension.

“For sure, I know going from a team, going to a race knowing that you have a chance to win a race, it’s going to be different next year,” Bottas told GPFans.

“Luckily, this change and with a new contract, nothing happened overnight, so I had actually quite a lot of time to process things and thinking about the difference in our roles.

“Of course, I also questioned myself, do I want this, or should I try doing something else?

“That was also one option, but I never seriously considered leaving Formula 1 because deep inside me, I still love Formula 1 and the competition and many things about it.

“Again, referring to this something new and a long-term project, that’s the motivation for me, to try and help the team the best I can and I think it can be really rewarding if we achieve some good things.”