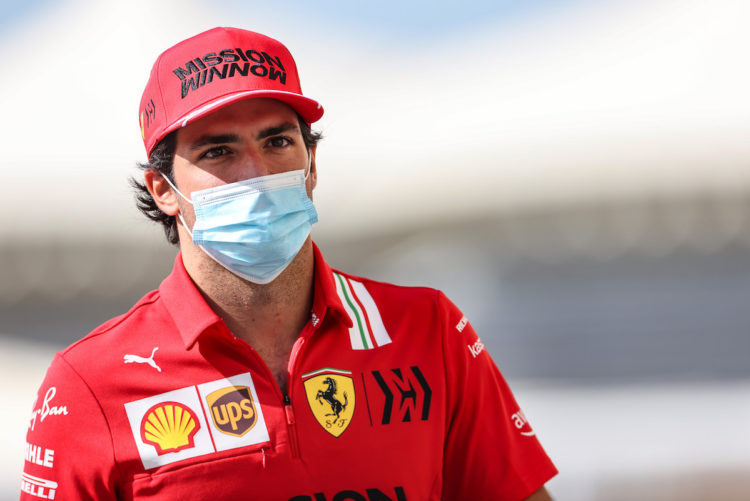 Ferrari’s Carlos Sainz believes there are “seven or eight” drivers on the current Formula 1 grid that are capable of winning a world championship.

Verstappen was Sainz’s first team-mate in F1, as they both made their debuts with Toro Rosso in 2015.

Sainz asserts that Verstappen’s title charge was no surprise to him, but thinks that several drivers would have the same outcome if given the opportunity.

“It doesn’t seem strange to me because I could see it coming from the first few races, Max had those options,” Sainz told as.com.

“I firmly believe that there are seven or eight world champions on the grid right now. Whoever gets the car will be the champion.

“Although what Max has done has been special, the level at which he and Hamilton have competed is spectacular.”

In 2022, Sainz will endure his second season at Ferrari alongside Monegasque Charles Leclerc.

New regulations will come into play, which have the potential to shake up the grid order and propel another team to the front of the field.

Ferrari previously outlined that its minimum goal this year is to return to winning races, having not tasted victory since the 2019 Singapore Grand Prix.

Sainz hopes that the new regulations do not give one single team an advantage, admitting he would prefer to see a close tussle between multiple outfits.

“I imagine two extremes [in 2022] – a team that nails it and wins with a serious lead, or the other extreme, which is a totally even season, and that’s what I want,” Sainz said.

“This year we saw the drivers making the difference, there were four cars capable of fighting for the world championship and it’s the drivers who have put the rest in.”