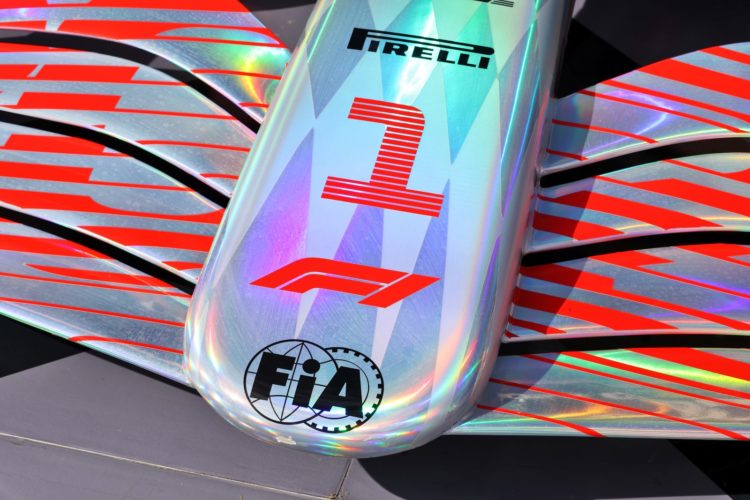 We’ve waved goodbye to 2021 and welcomed 2022 – MotorsportWeek.com provides a quick overview of what’s new in Formula 1 for this upcoming year.

Well, it’s certainly been a while. As early as 2017 work began on a new set of regulations that would promote closer and more exciting racing and in late 2019 a prototype scale model was unveiled. Teams began work at pace in early 2020 but then the world stopped – and further development was banned until 2021 after unanimous agreement to push the regulations back to 2022. Finally, in around six weeks, we will see the direction each of the 10 teams has taken – and how close, or far away, the design is to the full-scale model displayed by Formula 1 at last year’s British Grand Prix. Will the cars have the desired effect? Will any team have unearthed a time-gaining loophole? And will anyone either leap up or slump down the order? We’ll start to get early answers from the middle of February as Formula 1 prepares for its new era.

Miami, and a record-breaking calendar

A decade after Formula 1 welcomed the Circuit of the Americas to the schedule, the championship is adding a second US round with the induction of the Miami Grand Prix. The Florida-based event has been in the pipeline for several years but after a switch of location, and political hurdles cleared, Miami will finally debut on May 8. A 5.4km 19-turn quasi-street circuit will wind its way around the Hard Rock Stadium in Miami Gardens, and promoters have lofty ambitions for the event, as is reflected in the ticket prices. As it stands Miami is set to be the sole brand-new circuit on the 2022 schedule but one track has had revisions and another is poised for a modification. Australia’s Albert Park was renovated in anticipation of its ultimately canned 2021 round, with several turns reprofiled, and a higher average lap speed expected. Singapore’s Marina Bay layout is set for a minor tweak, with the stadium section set to be removed, though this is yet to be ratified subject to a commercial agreement being reached. Canada and Japan are also set for their first appearances since 2019 (hopefully). That should mean a season-most 23 events, breaking the record set, er, in 2021.

In full: Click here to view the 2022 Formula 1 calendar

For the first time since 2010 a new Formula 1 season will begin with a new face at the helm of its governing body. The FIA is responsible for far more than merely Formula 1 but the fallout from Abu Dhabi dominated Jean Todt’s farewell and subsequent Prize Giving ceremony. There was an admirable attempt to raise a metaphorical ‘EVERYTHING IS FINE’ banner but the absence of Lewis Hamilton and Toto Wolff was the talking point. It means, in Formula 1 circles, the reputation of the FIA is under scrutiny, and new President Mohammed Ben Sulayem has important decisions to make that will shape the early months of his first term. His initial comments, regarding Hamilton’s Gala no-show, did not augur well but beyond the headline-grabbing quote there was an acceptance that change and improvement at the FIA is required. How Ben Sulayem tackles these red flags, and interacts with Formula 1 and its teams, will be crucial.

Sprint debuted in 2021 to mixed reaction; it is not just here to stay but will be more prominent this year. After its trio of appearances last year this season it will feature at six of the 23 grands prix. Formula 1 has yet to outline the grands prix at which Sprint will be present but per Ross Brawn’s comments during a roundtable session in November it is desired by all event promoters. The basic framework is set to remain, with qualifying on Friday and Sprint on Saturday, but further matters are still under discussion. Most prominent is the points system and the ambition of Sprint. It has been suggested that further points are allocated for Sprint, while Sprint itself could be split as a standalone race, with no influence on Sunday’s grid. Teams also want greater remuneration for Sprint owing to the increased risk of accident damage – heightened since the budget cap’s introduction. Switching the honour of pole position to qualifying, not Sprint’s ‘winner’, is also under consideration.

Formula 1 has used 13-inch tyres for a lengthy stretch but as Pirelli enters its second decade as sole supplier it will now provide 18-inch tyres. Development of the revised size has been underway since mid-2019, with the pandemic-induced delay giving Pirelli more time to hone the product. The ambition is for Pirelli to produce tyres that lead to varying race strategies, of one or two stops, with a wider operating window desirable. There is also hope that this will be assisted in race trim by the reduction in dirty air from the new cars when a driver is pursuing a rival. Early feedback has been encouraging and drivers were able to sample the new specification during last month’s post-race test in Abu Dhabi, albeit on the 2019-spec mule cars. How the new sizes influence the racing, and the driving style needed, will be an intriguing story to track, particularly in the early events.

Russell gets his Mercedes chance

There haven’t been many driver moves this off-season – with several of the 2020/21 changes undertaken with an early view for 2022 – but there remains sizeable intrigue, particularly up front. George Russell has the golden ticket to drive for eight-time champions Mercedes, alongside Lewis Hamilton, forming a partnership that will be fascinating to watch throughout 2022. Russell has a lengthy history with Mercedes, including test runs and that race outing in Bahrain in 2020, but now has to deliver week in, week out – a scenario that will be make or break. Russell’s departure from Williams provides Alexander Albon with the opportunity to continue the work undertaken by his close friend at a team that has been on an upwards trajectory. Elsewhere it is all change at Alfa Romeo, with Valtteri Bottas spearheading the team on a multi-year deal, while Guanyu Zhou steps up from Formula 2 as this season’s sole debutant and China’s first Formula 1 representative.

Honda out, Red Bull Powertrains in

After a flurry of rebrands in recent years – with Alfa Romeo, AlphaTauri, Aston Martin and Alpine all appearing – there’s the same 10 identities as on the 2021 grid. But at Red Bull Racing and AlphaTauri there is a new name as a power unit supplier: its own in-house Red Bull Powertrains. RBP, located at Red Bull’s expanded Milton Keynes campus, will supply the Honda power units acquired by the now departed Japanese manufacturer to Red Bull’s two teams. RBP has made some key signings, including from Mercedes, as it plots to remain in the mix with its opponents in the power stakes. That has been facilitated by a freeze on engine development until the new power unit is introduced in the mid-2020s – and was a key factor in the formation of RBP. Honda will at least retain involvement this year; Honda Racing Development UK personnel have been amalgamated into RBP, while Honda will provide trackside and race operations support for 2022 – before RBP takes over in full from 2023.