Top 10 most read stories on Motorsport Week in 2021 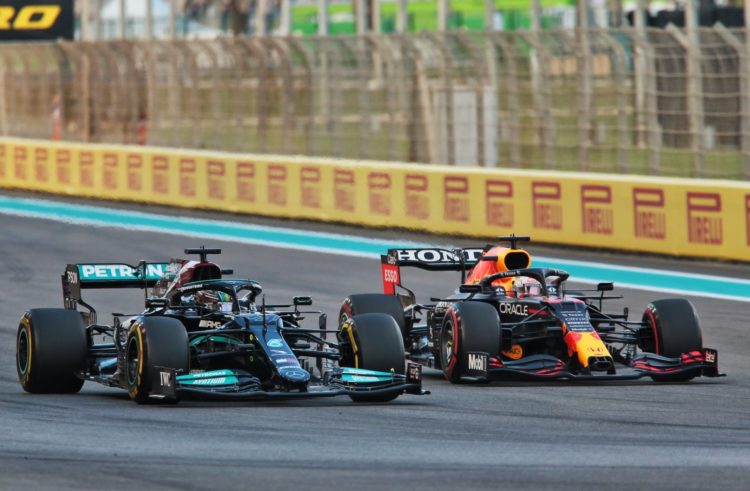 This year has been a record one on track for several series, but also off track for Motorsport Week, which saw its audience grow to record numbers. December was our busiest month to date, mostly in thanks to an eventful season of Formula 1, with two blockbuster grands prix to finish off an amazing season.

As has become tradition at the end of the year, we run down the 10 most read stories on Motorsport Week and, unsurprisingly, it’s very heavily weighted in F1’s favour, with just one non-F1 story making it into the top ten!

Our tenth most read story was about the FIA’s reaction to Max Verstappen’s Styrian Grand Prix celebration. Michael Masi took a dim view on the Dutchman’s decision to slow on the start/finish straight as he took the chequered flag, before doing a burnout. Verstappen’s reaction to this news was actually our 11th most read story, in which he stated: “I’ll do a doughnut next time”. You can read that here.

Lewis Hamilton came out and called title rival Max Verstappen’s driving “over the limit” saying he’s had to avoid “collisions on so many occasions with the guy,” following their Saudi Arabian coming together.

We first reported back in September that Chinese driver Guanyu Zhou was set to land the final seat on the 2022 Formula 1 grid, lining up alongside Valtteri Bottas at Alfa Romeo. That news was finally confirmed two months later after talks with Andretti about selling the team stalled the signing of Zhou’s contract.

It’s mid-season and Daniel Ricciardo is struggling at new team McLaren. He hasn’t yet won – that would come later – and team boss Andreas Seidl admitted he and Ricciardo were both disappointed in how long it was taking for the Australian to settle in: “He’s disappointed and so are we. Because we thought it [the transition] would be faster.”

They weren’t the only ones, that’s for sure. But Daniel Ricciardo and Lance Stroll spoke out after the Abu Dhabi season finale to express their confusion at the Safety Car restart rules, which were applied incorrectly by the FIA’s Michael Masi, handing the title to Verstappen on the last lap of the race. It was certainly dramatic.

He might not be racing in F1 in 2021, after he was dropped by Red Bull, but Alex Albon was still praised by Christian Horner for his contribution to Verstappen’s Monaco Grand Prix victory, thanks to his countless hours on the simulator to hone their set-up.

A story about rumble strips proved particularly popular…no, we’re not sure why either. But our third most ready story was that of kerbs added at Daytona following driver complaints after corner cutting threw grass and dirt onto the racing line.

Mercedes chose not to attend the FIA Prize Giving Gala in Paris, with Toto Wolff and Lewis Hamilton both absent, but other notable absentees were their championship winning cars in both F1 and Formula E. The traditional photo featured just WRC, WEC, WRX and Karting.

Sebastian Vettel gained a lot of fans in 2021 thanks to his move to Aston Martin, his love of bees, litter picking and equality, so when he stood atop the podium in Hungary for the first time in green overalls, fans were pretty pleased. But the joy was short-lived after he was later disqualified for failing to provide a sufficient fuel sample.