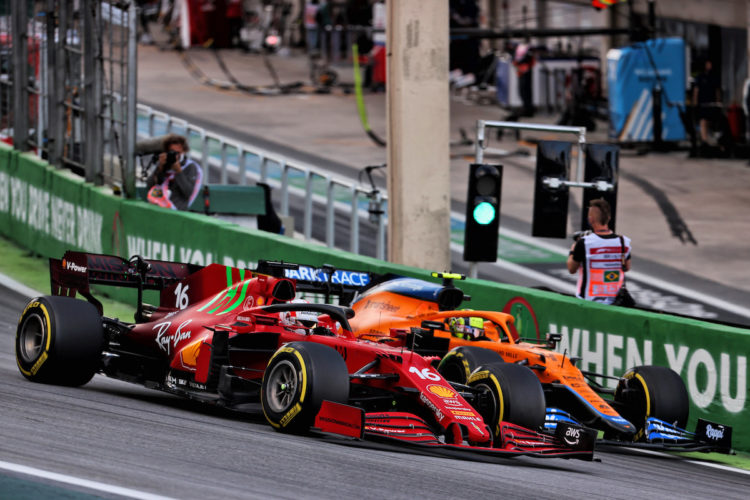 McLaren and Ferrari were involved in a close fight for third in the Constructors’ Championship during the year.

Ferrari came out on top, despite going a second consecutive year without a race win, while McLaren had to settle for fourth.

However, Norris says the battle was healthy for McLaren, who was forced to dig deep at times in order to defeat their rival.

“I would say it’s helped us quite a bit,” McLaren said of the 2021 fight with Ferrari. “Just being with that mentality of them keeping us on our toes, them keeping us pushing, trying to find these smallest bits of lap times.

“It’s easy at times to get complacent and take your mind off it, especially if you’re on your own, you’re the third quickest car and there’s no one ahead of you and no one behind you, there’s definitely ways to fall into that trap.

“So it’s been good for us, probably the same for them, it’s not been an easy year for them, so I think it’s definitely benefitted both of us.”

Despite dropping a position in the Constructors’ table, Norris believes McLaren enjoyed a better season compared to 2020 and says it is better prepared to fight at the front of the grid.

“It’s been a tough season, I still believe we had a much better season than we did last year,” he said.

“We’re closer to the front, our gap to the rest of them is also much bigger, except for Ferrari, so it’s been a very good season.

“Not just in terms in terms of results and points, but also how we worked together as a team, how we maximised things.

“I think we are in a better position for next year when we are going to be racing them more often and hopefully the guys at the front more often too.”