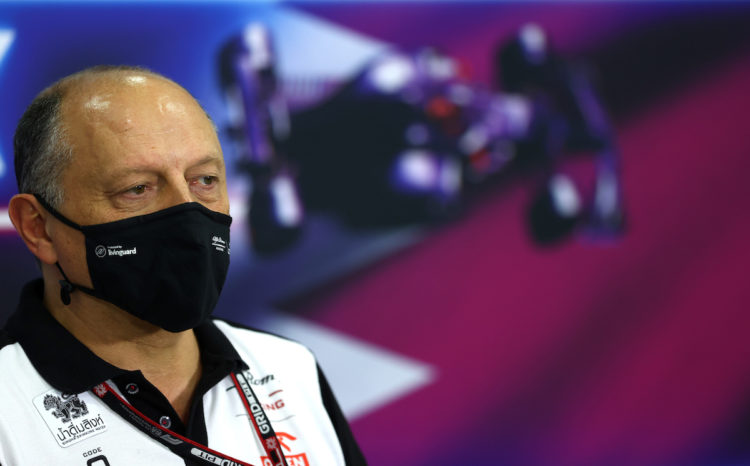 Alfa Romeo team principal Frederic Vasseur believes his outfit’s progress in 2021 was hidden by a number of missed opportunities throughout the season.

The team ended the campaign ninth in the Constructors’ Championship, its lowest result since its return in 2019.

Alfa Romeo has largely competed toward the back of the field in the last number of years, but Vassuer says that significant progress was made from 2020 to 2021.

However, he added that small margins and not making the most of certain circumstances throughout the year hurt its points tally.

“I have a very strange feeling, because I think in terms of pure performance, we did pretty well,” Vasseur said.

“We had a huge step compared to last year, probably the best in terms of pure performance compared to pole position.

“But on the other hand we missed the good opportunities of the year, in Budapest we were involved in a crash, in Spa we had some missed opportunities on our side, in Bahrain we had an issue during the pit stop, in Imola Kimi spun on the formation lap.

“It cost us two points here, four points there. It’s a strange feeling because in the end, the only thing making sense is the points.

“It doesn’t matter to be faster if you are not scoring points. It’s a bit of the frustration of the team, we had a step forward in terms of performance but we didn’t score the points.”

“During the season, it was really up and down,” Vasseur added. “We had a good start until Monaco or something like this, then we had a tough period in the summer.

“Then it came back in the last part of the year. But it’s very difficult to analyse, because if you look at the classification, it’s clear, but if you look at pure performance, it’s a matter of one-tenth completely changing the picture.

“When you are trying to have a look on the season, we have to be careful on this. Overall if I have to rate the season, I would say good on performance, bad on results.”