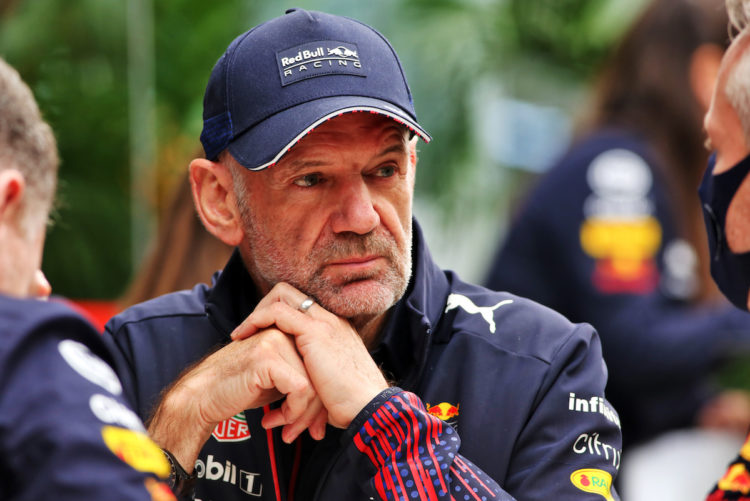 A number of months ago, it was reported that Newey had been involved in a biking crash, with Dr Helmut Marko stating that he was unable to work for a number of weeks.

Few other details were provided, however in a recent social media post, Newey’s wife has explained the severity of the incident.

She describes that her husband was close to losing his life after suffering multiple skull fractures.

“However, after the year we’ve had, I’m giving him a public shoutout. August, I came close to losing the love of my life after his cycling accident.

“Multiple skull fractures – to then sitting on a virtual pit wall of the Dutch Grand within ten days of his craniotomy (temporary removal of part of the bone of the skull) displays his strength and drive.

“His recovery has been nothing short of miraculous. So this birthday feels extra special.”

Newey returned to the track later in the season and was in Abu Dhabi to watch Max Verstappen claim his maiden F1 title with Red Bull.

Newey has spearheaded Red Bull’s F1 technical programme since 2006, and is currently overseeing the construction of its 2022 car, which is set to be vastly different from this year’s RB16B due to the introduction of new technical regulations.