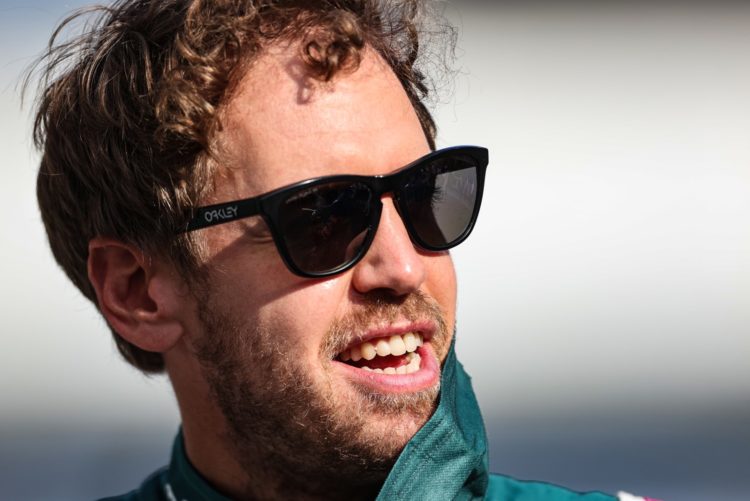 Aston Martin team boss Otmar Szafnauer has lauded Sebastian Vettel as “a man of integrity” and praised his contribution to the squad in 2021.

Aston Martin recruited Vettel on a multi-year deal, after he was released by Ferrari, to spearhead its rebranded Formula 1 team.

Aston Martin regressed in 2021, a predicament it has attributed to the regulation changes hurting its low-rake design philosophy, but Vettel scored a trio of top five finishes, including a podium in Azerbaijan.

Vettel also captured a second podium in Hungary but that result was later removed due to a fuel irregularity.

“He’s been brilliant,” said Szafnauer. “He’s such a man of integrity; he works hard, has a great work ethic, leaves no stone unturned.

“The engineers like working with him, the mechanics love him as a person, he’s just a genuine guy. And that goes a long way in life.

“I’ve known him for 15 years, everyone else talked about him in the same manner that I’m talking about him now.

“I wasn’t surprised but I was still delighted to have what I thought he was confirmed by his actions.”

Vettel struggled during the opening quartet of races before emerging as a regular midfield contender, scoring 43 points.

“It took him four races or so to get to know us, to know the car, the powertrain, and since he’s done a good job,” said Szafnauer.

“When he starts a race he will look at other drivers, the lines they’re taking, and will try things within a race to be able to go quicker or save tyres more or whatever you have to do. That to me is his biggest asset.”