Alonso: Comeback F1 season ‘has been fantastic to me’ 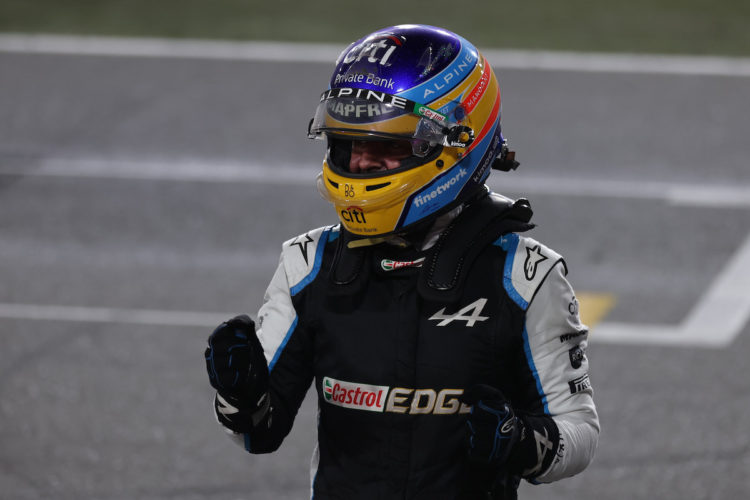 Alpine’s Fernando Alonso says his comeback season to Formula 1 this year has been “fantastic to me”.

After spending two years away from the sport following a number of difficult seasons at McLaren, the Spaniard opted to return to F1 in 2021.

Alonso spent the opening rounds of the campaign re-adjusting to life in the premier motorsport series, but soon found rhythm and drove competitively.

A best result of third came in Qatar towards the end of the season, marking the first time since the 2014 Hungarian Grand Prix that the Spaniard stepped onto the podium.

“I think at the beginning of the year, definitely things weren’t easy for us. In my case, getting back to the sport, I was not at 100 per cent ready and confident to push the car to the limit,” Alonso said.

“It took a few races until Baku probably. We made a few changes in the car, on the power steering and the feeling with the front tyres were probably the things I was missing most.

“I think we made a huge step forward on that confidence level. The season overall has been fantastic to me.

“Honestly, [I’m] super happy to come back into F1. I really enjoyed every single race, on track, but also off track. I was happy and I enjoy every second.

“This is my best season since 2014, I think, in terms of points and positions. Definitely a good comeback I think. For sure, more prepared for 2022.”

Alonso has made no secret of the fact that the new regulations that will be introduced next year enticed him to return.

The 40-year-old, who is on course to become the most experienced F1 driver of all time in 2022, is hopeful the fresh technical rules can deliver a third world championship to him.