Capito: Williams overachieved its expectations in 2021 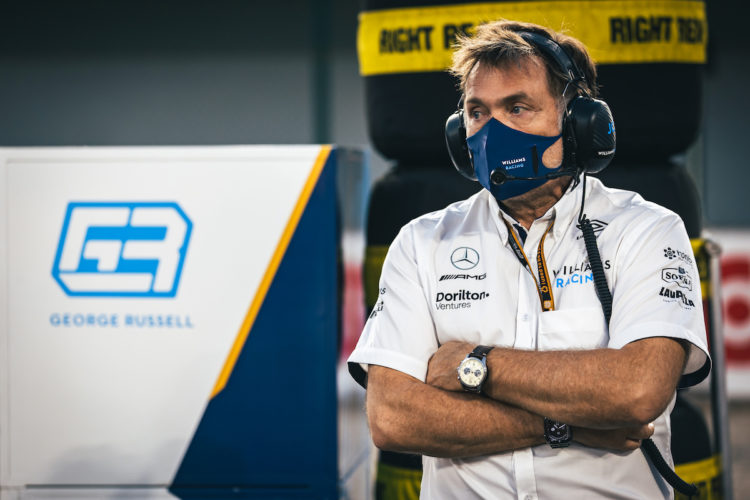 Williams CEO Jost Capito believes his team exceeded its 2021 expectations that were set out prior to the start of the Formula 1 season.

Williams enjoyed its strongest campaign since 2017 this year, ending the season eighth in the Constructors’ Championship with 23 points.

It recorded its first podium in four years at the shortened Belgian Grand Prix, while point finishes and progressions from Saturday’s Q1 qualifying segment were frequent.

Capito, who was appointed as Williams’ CEO in late 2020, admits that the team’s performances this year surpassed its original objectives.

“I would say from the development of the team, it was as I hoped for and expected,” Capito said, reflecting on the 2021 campaign.

“From the points and the positions, it has exceeded the expectations, from the very little development that was possible from last year to this year and under the Covid circumstances, it was even more difficult.

“Then finishing eighth, it’s overachieving our objectives from the beginning of the season.

“Personal highlights are Budapest, the first point-score after a long time for the team, and then the podium in Spa.

“These were also key moments for the team to find the trust back, find the motivation back, and to push even harder to prove that if we do courageous decisions, they can pay off.

“We don’t have to wait until other decisions and then follow, we are good enough to do our own decisions, and they can be good. I think those two races have boosted the team’s self-confidence.”

Despite being satisfied with the team’s progress, Capito asserts that there is much more work to do to ensure Williams returns to the front of the grid.

“It’s not all done, it’s by far not all done. But as we know, to get a team back to the top, it takes a longer time.

“You can’t have miracles, it’s hard work, dedication, it’s teamwork and a big team effort. “It’s not done in one year but I believe we are on track and we’ve established a mentality of change so that change is accepted, that people try to get better every day. I think that mentality will help us to move forward.”