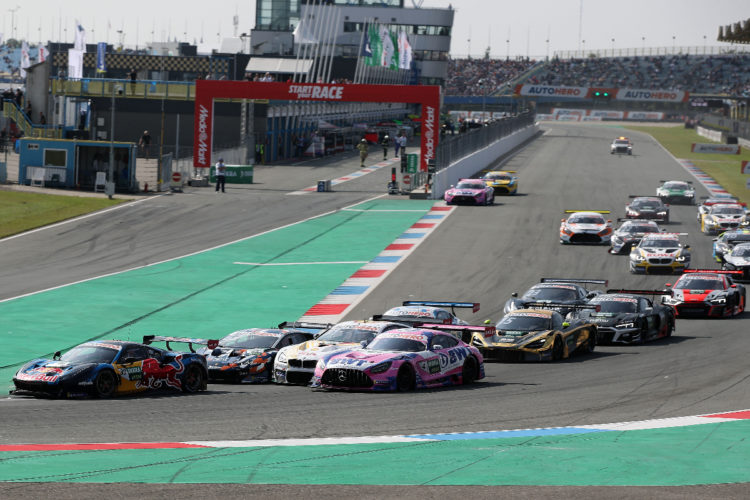 DTM will not return to Assen in 2022, bringing an end to a three-year streak of racing at the Dutch MotoGP venue.

The track had hosted the series for the final two years of the Class One ruleset in 2019 and 2020, with Robin Frijns notably taking his maiden win on home soil in 2020.

This year, it was one of the tracks of the calendar when the championship switched to a GT3-based formula, with Lucas Auer and Marco Wittmann taking race victories.

The circuit has been dropped from a downsized 2022 calendar, which now features eight events instead of the previously announced nine. DTM explained that it has opted to terminate the agreement with local promotor LDP International.

According to CEO Lee van Dam the track and the series went through extensive renegotiations as the Dutch promotor sought to combat rising costs as a result of the COVID-19 pandemic, but a deal could not be reached.

“After three years of hard work together with ITR, we have decided not to continue our contract for the near future,” he said. “Assen is an event that is not being organised by the race track, but rather by us as an external promoter.”

“Because of the increased costs for the event as a result of the Covid-19 pandemic, we have tried to renegotiate our contract, but we haven’t found a solution that was acceptable to both sides and therefore we jointly agreed on how to proceed.”

“We would like to thank everyone involved and the fans for their support and for three great years of DTM at Assen and we wish ITR all the best for the 2022 season.”

Benedikt Böhme, managing director for DTM organizer ITR, stated that series and promoter tried ‘again and again’ to come up with a solution, but ultimately decided to end the agreement.

“In extensive conversations, we have tried again and again to put the profitability into a proportion that would be acceptable for both parties,” said Böhme.

“Eventually, we came to the joint decision to terminate the contract early. Here, I would like to thank Lee van Dam for the negotiations and for three very good events in Assen.”

The 2022 DTM season will kick of at Portimao at the end of April, followed by rounds at the Lausitzring, Imola, Norisring, Nürburgring, Spa-Francorchamps, Red Bull Ring and Hockenheim.