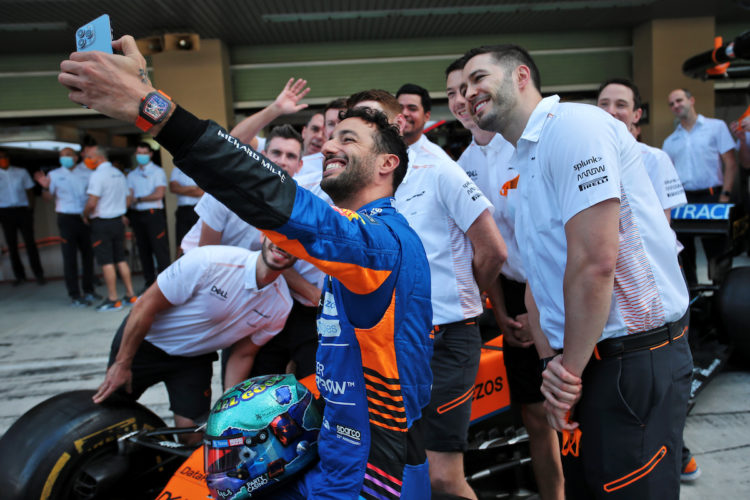 Daniel Ricciardo says his integration to the McLaren Formula 1 team was made trickier due to the strict Covid-19 protocols in place.

The 2021 season was the second F1 campaign that was held amid the Covid-19 pandemic.

After two seasons with Renault, Ricciardo departed the Enstone-based team to join McLaren for 2021 alongside Lando Norris.

The Australian struggled for much of the season, and was often out-performed by his less experienced team-mate.

With many meetings and debriefs being held virtually, Ricciardo says that face-to-face interactions were limited, which stunted the relationship-building process.

However, he remains hopeful that next year, he will be able to enjoy more off-track activities with his colleagues.

“You always want to build something, that’s ultimately relationships, comradery, so that you have the same goal, you want to be chasing that one thing,” Ricciardo said.

“To do that you want to be on the same page and therefore it comes back to building these relationships. It is trickier with Covid and some of the protocols, it’s only at the track or in the simulator room we’re able to get some face-time.

“But hopefully next year that can be opened up a little bit more, that we can do some off-track activities as a team that help with building and all of these sort of things, which go a long way.

“With the tools we’ve had, it’s been good and it’s definitely a good understanding with the people that work around me at the team.

“I’m happy to have built that, built that level of trust as well. But these things can always grow and become more valuable.”

Ricciardo ended the 2021 campaign in eighth place, but scored a breakthrough victory for his new team at the Italian Grand Prix in September.