Ferrari set to open future talks with Sainz during winter 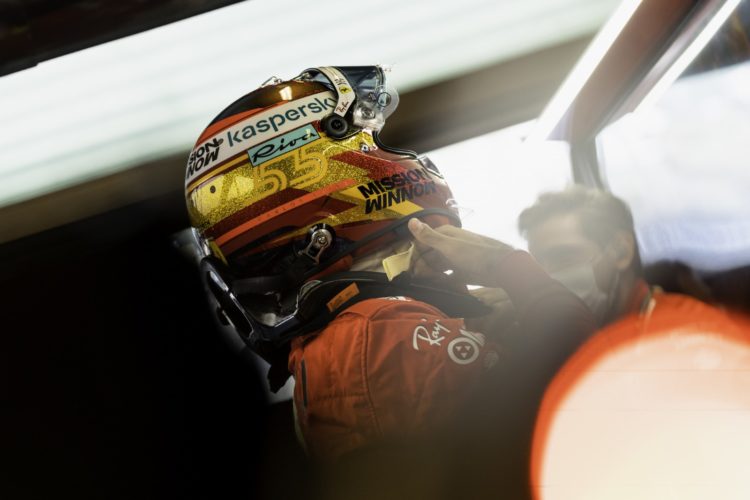 Ferrari is set to open discussions with Carlos Sainz over his future with the team during the winter break, following an impressive 2021 season.

Sainz joined Ferrari for 2021 on a two-year contract following prior spells at Toro Rosso, Renault and McLaren.

Sainz enjoyed his strongest season in Formula 1 in 2021, classifying a career-best fifth in the standings, with four podiums – including the runner-up spot in Monaco.

“I think Carlos did a great year, and when we signed a year ago, we said that winter time, so this is winter time, would be the right moment to sit down and have a review of the season,” said Ferrari Team Principal Mattia Binotto.

“That is something we will certainly do during the winter. There will be a review altogether, and of the season itself, and we’ll start discussing what can be our future.”

Binotto praised Sainz’s contribution to Ferrari as well as his development through the course of the campaign.

“You know when we signed with Carlos, the objective was to have two good drivers that were good racers, consistent and capable of scoring points for the team,” said Binotto. “I think it’s what we got this season.

“I’m very proud of both of them, I think as I often said, we’ve got the best line-up in Formula 1.

“I’m pretty happy with what Carlos did this season, being his very first season with Ferrari, it was not straightforward and obvious.

“We signed with him because we said he is a good racer, consistent, capable of scoring points, but I think he’s as well a good learner, because during the season he has improved.

“I think that the end of the season was his best part of the entire season itself.”