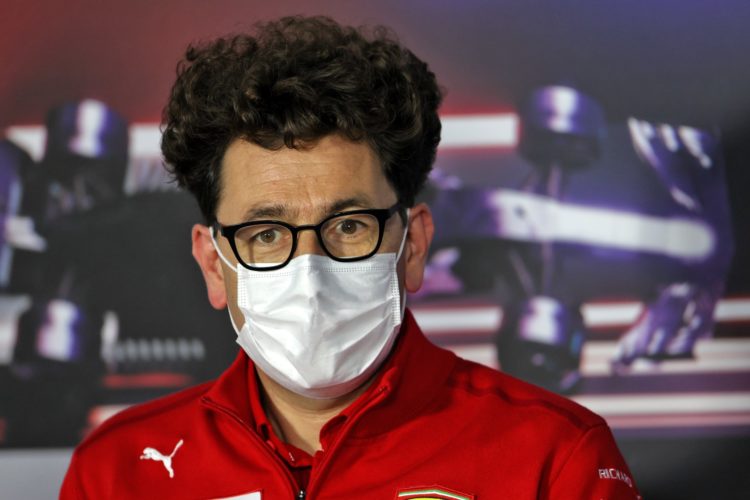 Ferrari rebounded from its disastrous 2020 campaign, in which it slumped to sixth in the standings, by classifying third in 2021, behind only Mercedes and Red Bull.

Formula 1 is introducing new technical regulations in 2022 in the bid of producing closer and more exciting racing, amid hope that the field will be condensed.

Binotto outlined that Ferrari still has a “significant” gap to the “very strong” front-runners and that its 2022 target should be to continue to reduce its deficit.

“If we hadn’t done that, it would be difficult to have a good car or a competitive car in 2022. For us it was more a necessity. Is it giving us full confidence? No we cannot be confident. We have no references from the others.

“What we know is that we have put all our effort. Whatever we have is the best result of a team effort. And that’s important to us.

“What will be important for us next year is to keep on growing. And it is to further reduce the gap to the competitors.

“Would that mean that we can fight for a championship? If I look at today, the gap is still big. But as Ferrari, it’s part of our DNA.

“What is important is to be capable of fighting at least in some races for pole and for the win. That is the simple consequence of continuous growing and improvement. I would be disappointed if we have not improved [compared] to this year.”

Ferrari is planning to overhaul its power unit in a bid to return to regular contention. It accelerated the introduction of a new hybrid to evaluate it for the final rounds of 2021 after opting to focus its resources on that component.

“The power unit is significantly different to the current one, except the hybrid,” Binotto explained.

“For the hybrid what we introduced in 2021, we anticipated what would have been the 2022 [specification].

“There will be some changes to the hybrid system for 2022 as first for the regulations because more sensors are acquired from FIA in all the systems for better promising. But the overall system is very similar to the one we raced at the end of the season.

“But the rest, especially on the internal combustion engine, I have to say is significantly different.

“We’ve got a new fuel, which is the 10% ethanol, which changed a lot the combustion. Just considering that different fuel, whatever is the supplier so he’s not down to the supplier, but we are losing more or less 20 horsepower, which means somehow the combustion itself is quite changed.

“So there were a lot of opportunities in development on the power unit and we changed it quite a lot, especially in the design of the combustion itself.

“On the chassis, what can we innovate? I think that the way we approach the exercise was really open-minded and when looking at the car concept, what was possible or not – which is not only the external shapes but whatever you could have done under the bodywork in terms of layout, in terms of suspension design, in terms of the architecture, including as well the power architecture.

“I think that the team made significant innovations and the overall design that we are now formalising is quite different to the 2021 project.”