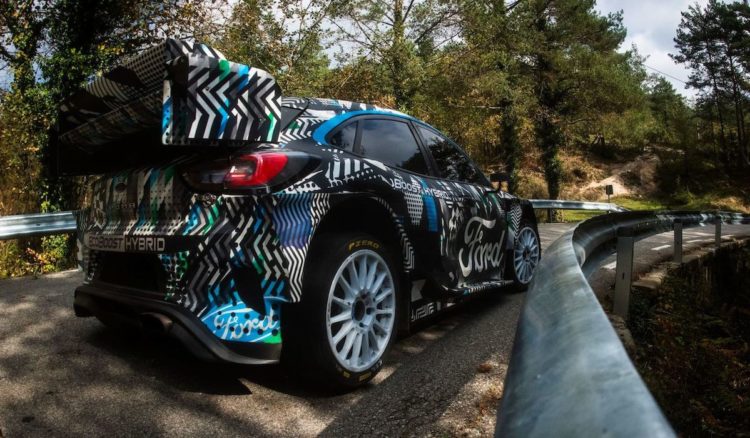 Sebastien Loeb will make his World Rally Championship return at next month’s Rallye Monte-Carlo, linking up with M-Sport Ford.

WRC’s most successful driver with nine championships, will renew a fierce rivalry with fellow Frenchman Sebastien Ogier, who added an eighth title to his tally this year.

Loeb has agreed a one-event deal with M-Sport that will see him behind the wheel of their all-new hybrid Puma WRC Rally 1 car alongside long-time member of his safety crew, Isabelle Galmiche, following Daniel Elena’s retirement.

“It was a pleasure to discover the new technology found in the Puma Rally1 cars,” Loeb said of the new Rally 1 car during a recent outing in the French Alps. “I think it is quite similar to the 2017 cars but with a hybrid system added on it.

“It makes it a bit more challenging to use and it is exciting to have something new to manage in the car. When I tested the car I was really impressed by how well balanced it is and how powerful it is with the hybrid. I really enjoyed it.”

Monte-Carlo will mark Loeb’s first WRC outing since a two-year part-programme with Hyundai Motorsport ended in 2020. He will fly to France from the Dakar Rally in Saudi Arabia where he will drive for the Prodrive-run Bahrain Raid Extreme team and recently finished second in the Extreme E championship, driving for Lewis Hamilton’s X44 team.

“I like what I do, I always enjoying driving, but when I do a WRC event it is just an amazing feeling. It is something I enjoy a lot,” he added.

“I think I can still be competitive. OK, Monte-Carlo is maybe not the easiest event to start with a team as there can be some tricky conditions. I have some good memories from this rally and it is always an incredible atmosphere around the rally.”

“He did and now we find ourselves in a position to say that he will join the team next year! It is fantastic to be able to bring such an accomplished driver to M-Sport and I have no doubt he is still capable of a fantastic result as well as being a mentor to our other drivers.

“It might have taken over 16 years to get this deal to come to reality, but it is great to see it finally happen.”