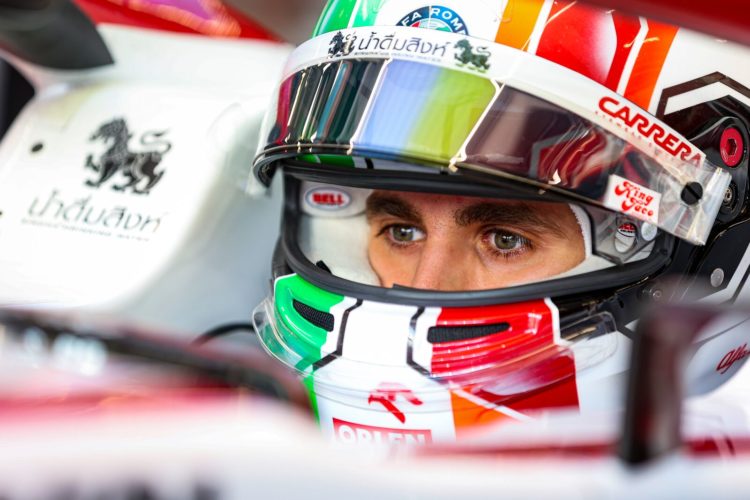 Antonio Giovinazzi and Mick Schumacher will split duties as Ferrari’s reserve driver in Formula 1 next season.

Giovinazzi has officially held the role since 2017 and continued as Ferrari’s reserve driver throughout his three-year stint at Alfa Romeo.

Long-term Ferrari junior Schumacher stepped up to Formula 1 with Haas for 2021.

Giovinazzi will switch to Formula E next season, having lost his Alfa Romeo seat, while Schumacher will continue to compete at Haas.

Ferrari has outlined that Giovinazzi will hold the reserve role as 12 events, and will be available for Alfa Romeo and Haas if required, with Schumacher reserve for the other 11 rounds.

In the event of Schumacher being required by Ferrari for an event then Haas would draft in its reserve Pietro Fittipaldi.

“Obviously Antonio will not drive in Formula 1 next year but he will remain our reserve driver for 2022,” explained Team Principal Mattia Binotto.

“He will be our reserve driver for 12 races, which is compatible with his Formula E calendar, on which he has decided to move and which we are happy as that will keep him trained.

“For our remaining races, 11, Mick will be reserve driver for Ferrari, which I think is a great [move], it is his second season next year, he is a Ferrari driver coming from the academy.

“I’m very happy he can be part of the team as a reserve driver whenever that will be necessary – hopefully not.”

Ferrari has Charles Leclerc under contract through 2024 while discussions are due to take place this winter to extend with Carlos Sainz, who is entering the second season of a two-year deal.

Robert Shwartzman, who finished runner-up in Formula 2, will take on the role of Ferrari’s test driver.