MotoGP 2021: Yamaha – A sparkling story within a tumultuous tale 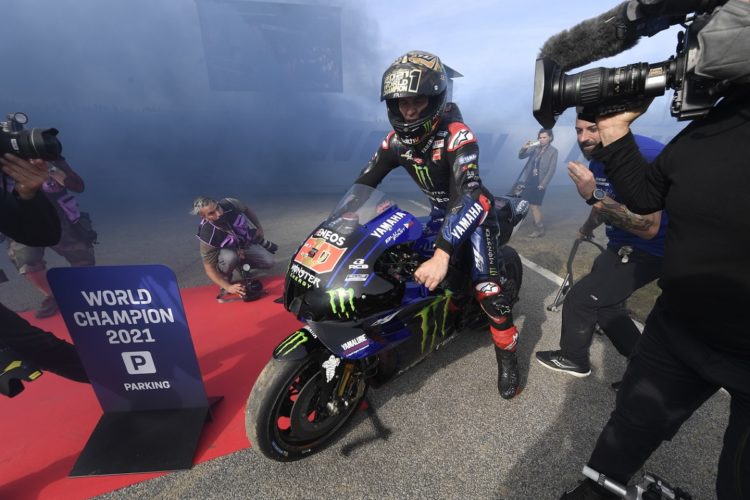 In the first part of a six chapter story reviewing the 2021 MotoGP world championship season, Motorsport Week took a look back at Yamaha’s challenging but overall rewarding campaign as its newest star scored the biggest prize in grand prix racing.

Following a tough 2020 campaign for Yamaha overall, in which the Japanese manufacturer struggled to harness the potential of its M1 across its roster of riders amidst engine reliability woes and temperature-related set-up challenges, it was hopeful of a more rounded 2021 term.

While Franco Morbidelli and the Petronas SRT squad managed to save Yamaha’s blushes in 2020 to an extent with a 2019-spec machine that didn’t suffer with the afore-mentioned dramas en-route to a second-place in the riders standings, it wanted to prove it had lost none of the magic that saw it go head-to-head with Honda for ultimate glory for so many years.

To a large extent Yamaha well and truly reached its target, though its overall season was far from straightforward.

There is no denying that 2021 was the year of Fabio Quartararo, the Frenchman building upon his encouraging-albeit-inconsistent sophomore season in his first year as a full-fat Yamaha factory rider to romp to a maiden MotoGP world title with two rounds the spare, five wins assisting him in his quest.

The season-opening double-header at the Losail International Circuit in Qatar foreshadowed Yamaha’s upcoming success as it scored a double victory with not one but two pilots, Maverick Vinales taking the spoils in the Qatar Grand Prix before Quartararo grabbed victory in the Doha GP a week later-in Ducati’s usual stomping ground no less.

The pair’s fortunes would head off in different directions following the start of the year though, Quartararo easing to a maiden title as Vinales ended the year competing with a different marquee altogether.

Likely frustrated over the success of his new team-mate who by this point was putting together a strong championship tilt, Vinales was searching for form heading into the ninth round of the year at Assen after failing to stand on the rostrum since his victory in the first race of the campaign.

A strong second in the Dutch TT from pole position looked to have at least put him back on the right track, though it was Quartararo once again that had scored victory by nearly three-seconds over the Spaniard.

Vinales had also made the shock announcement that he would be leaving Yamaha after five seasons for pastures new, suggesting he felt unhappy with the level of attention he received from the organisation.

Following the summer break the MotoGP circus reconvened in Austria for another double-header at the Red Bull Ring, Quartararo once again getting the better of Vinales as he managed an impressive third in qualifying at a track the underpowered M1 had always struggled, the Spaniard ninth a full half-a-second adrift.

Engine woes in the race meant he was forced to retire, though for Vinales this was one setback too many as he enacted revenge on his M1 by purposely over-revving the engine on his in-lap to try and detonate it.

His actions wouldn’t go unpunished though as Yamaha swiftly suspended him for the following weekend’s Austrian GP as held an internal investigation into the incident, before then sacking him ahead of the British GP-leaving him free to join new employers Aprilia from the Aragon GP.

Luckily for Yamaha Quartararo was able to keep himself unmoved by all of the animosity from the other side of the garage as he continued to hold a strong points lead, though Ducati’s Francesco Bagnaia started to build up a late championship charge as the season entered its final third.

Despite the Italian scoring a monster four wins from the final six contests-having crashed from a clear lead in another of these half-dozen races- Quartararo’s mighty consistency saw him wrap up the title with two rounds to spare, scoring Yamaha’s first riders title since Jorge Lorenzo scored his last in 2015.

“It’s nice because as a rider you always dream of being world champion,” said Quartararo after Valencia.

“For me the picture with the three world champions and tonight putting the plate on the trophy there are a lot of things that make you realise you actually are the world champion.”

Vinales’ early exit-plus injury afflicting the form of his eventual successor Franco Morbidelli- would ultimately end any hopes of scoring the teams and constructors crowns, Ducati grabbing both as it looks to cement itself as the operation to beat heading into 2022.

A single third-place at Jerez towards the start of the year was 2021 vice-champion Morbidelli’s only reward across a tough year, a nasty knee injury in a training accident ahead of the Dutch TT forcing him to miss five races before making his return with the factory Yamaha squad-a two year deal having been signed just prior to the end of the campaign.

A best of 11th after his return in the San Marino GP wasn’t a fair reflection of the 2017 Moto2 world champion’s potential, and he will be keen to give Quartararo something to think about in Qatar for the 2022 curtain-raiser.

While the factory Yamaha team had the ultimate definition of a mixed season, the Petronas SRT squad suffered what can only be described as an unmitigated disaster.

Having ended up second overall in both the riders and teams tables last season thanks to the efforts of Morbidelli and Quartararo-ahead of the factory operation- the outfit slumped to last in the teams, while Morbidelli was its highest classified rider in the rider’s points in 17th despite only contesting eight races with it.

Valentino Rossi made the decision to retire from MotoGP competition in the middle of what would be a horrible swansong season, the seven-time premier class champion struggling to click with the 2021-spec M1 in the same way as Quartararo, the 89-time MotoGP race winner collecting just four top tens all year with a best of eighth coming in the Austrian GP.

Rossi continued to give it his all though despite his tribulations, working with the team in its last year under Sepang International Circuit ownership-team manager Razlan Razali leading a takeover to rebrand the team as RNF Racing next year as a continuation of Yamaha’s satellite operation-as hard as he had always done, even going as far as pouring through the data ahead of his celebrations following his final race at Valencia.

“You cannot imagine the difference it makes (finishing top ten in last race) because I wanted to finish like this, top ten in qualifying and then top ten in the race,” said Rossi after his last race at Valencia.

“I am also in a top ten with the best riders in the world and this changes everything because this result will remain forever so I can say even in the last race I’m still in the top ten.

“I don’t want to give up to the end because when I’m slow and I suffer I feel really bad, I have a great team and we worked really well in the last part of the season and to finish in the top ten in Valencia is really special.”

Yamaha’s key focus for 2022 will now be on making sure they have more bikes consistently up front to help back-up its new champion, while also bringing improvements to its package to try and fend off the onslaught of Ducati as well as Honda, who bring an all new weapon to the track for next year for a potentially fully-fit Marc Marquez.

“I’m excited to see if we have some more horsepower (on 2022 Yamaha) because this is what we really need on the bike to compete with them (Ducati) and to be honest its super important because we are having some trouble,” said Quartararo on the improvements Yamaha needed to make to stay on top for 2022.

“There are a lot of weak points we need to improve so hopefully we can address that with the new bike.”

Joining Quartararo and Morbidelli as the effective third factory rider will Andrea Dovizioso, the ex-Ducati contender replacing countryman Rossi within the RNF Racing organisation, his vast experience sure to be a crucial asset in making the M1 an all-round stronger force going forward.

Completing the four-strong Yamaha armada will be Moto3 race-winner Darryn Binder, the South African becoming the first pilot since Jack Miller to jump from the lightweight class to the premier class, though his potential at this point is difficult to judge having scored a sole Moto3 success in seven seasons of competition. 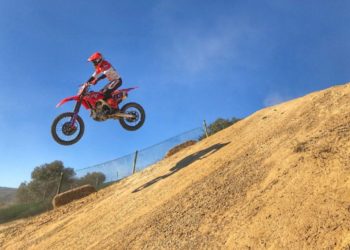 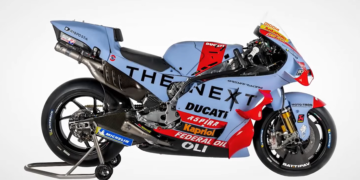