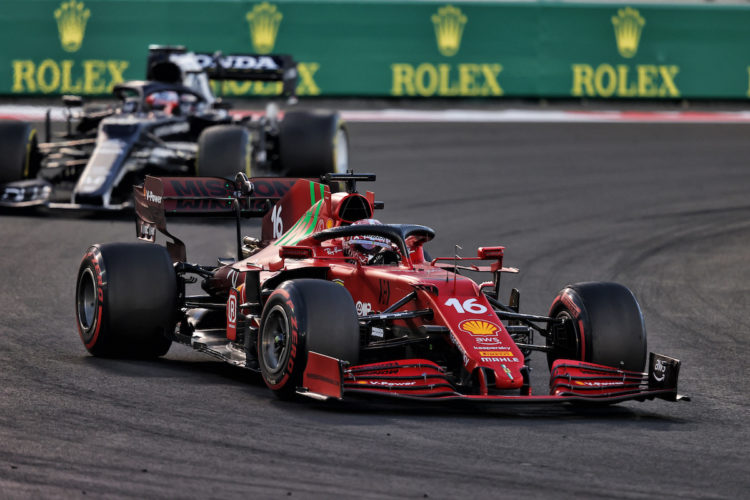 Charles Leclerc says improving the race management side of his driving has been his biggest personal gain in 2021.

The Monegasque driver endured his third year as a Ferrari driver, ending the season seventh in the Drivers’ standings.

Leclerc’s highlights of the season includes two pole positions at Monaco and Azerbaijan, as he out-qualified team-mate Carlos Sainz across the campaign.

However, the 24-year-old highlighted his performance in race trim as his biggest step forward this year, stating it was a weakness prior to the 2021 season.

“Definitely the race management in general,” Leclerc said when asked what he has learned this year as a driver.

“I think since early 2020 I’ve started to say it’s one of my weaknesses, especially after 2019 where I’ve had a lot of good qualifyings but then in the race I was struggling a bit more.

“We were struggling a bit more as a team, but also as a driver I was struggling more than others so I put a lot of work into it in 2020, I got much better and I think in 2021 it’s actually one of my strengths now.”

Leclerc added that he is still working to find a balance between performance in qualifying and the race.

“I feel good whenever we need to do some tyre management, I feel like I’m going a good job,” he said.

“But there is still a lot more to work on, maybe a balance from my qualifying to the race that I probably didn’t find yet and sometimes I sacrificed a little bit more my qualifying to be better in the race as we’ve seen a few times this season.

“But it’s a balance that I’m working on to try and get the perfect balance in between quali and race.”