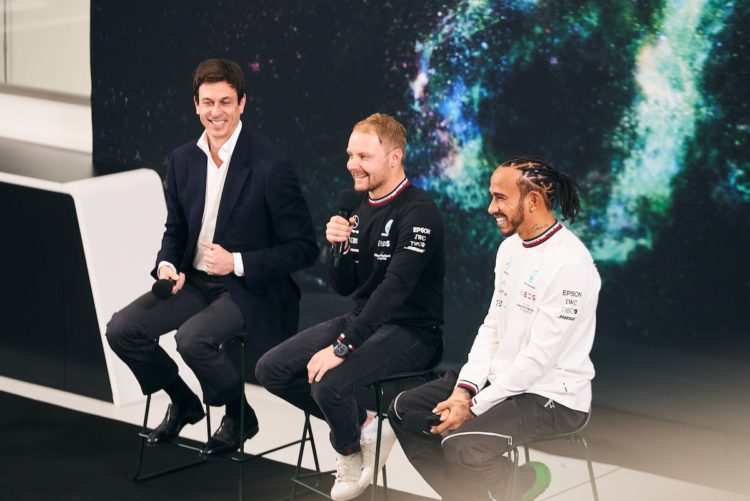 Valtteri Bottas received a ceremonious send-off from Mercedes on Friday, as his five-season stay with the squad came to an end.

Bottas joined the team in 2017 as a replacement for World Champion Nico Rosberg, who abruptly retired from the sport.

His partnership with Lewis Hamilton proved to be one of the most formidable in F1’s history, as the team won five Constructors’ Championships with the duo.

“It’s my last day at the Mercedes factories, it’s emotional, it’s nice to see all the people,” Bottas said.

“I really felt proud and privileged to be able to be with the team for five years and in all of those years getting the Constructors’ title.

“Also some FIA Drivers’ trophy for me, not the winning one, but other trophies which is something I guess. Just wanted to say thank you for all of the support these five years I’ve been with Mercedes. The support means a lot.”

Bottas has signed to race for Alfa Romeo on a multi-year deal and will partner rookie Guanyu Zhou in 2022.