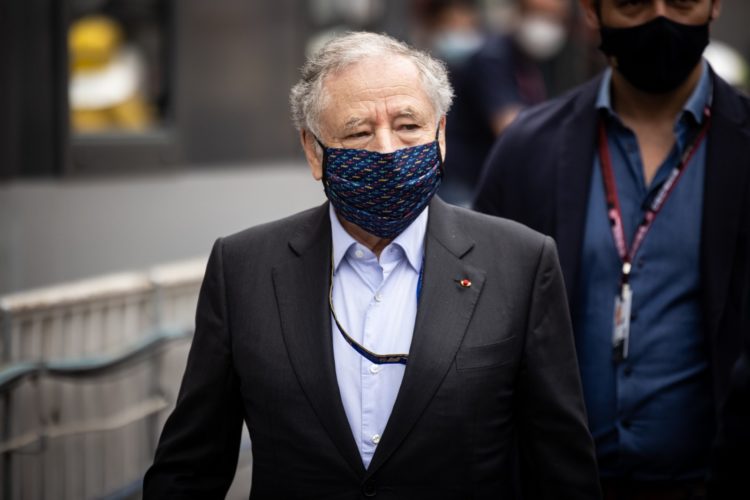 Outgoing FIA President Jean Todt has suggested that the governing body has “maybe been a bit permissive” with allowing teams to communicate with the Race Director in Formula 1.

Communication between management figures from Formula 1 teams and Michael Masi has come under the spotlight following recent events.

While Sporting Directors have regularly conversed with Masi, this has been increasingly broadcast on the world feed, while in Abu Dhabi both Red Bull boss Christian Horner and Mercedes counterpart Toto Wolff voiced their dissatisfaction with certain calls.

Todt cited the example of the Chairman of French Ligue 1 club Lyon, Jean-Michel Aulas, who received a 10-game ban (five of which is suspended) for remarks made to the referee when the team’s fixture against Marseille was abandoned.

“We need to behave as well,” said Todt, ahead of his 12-year tenure ending on Friday.

“I was reading today in L’Equipe, the president of Lyon Football Club, which is one of the most important teams, he has been forbidden for 10 games because he spoke badly about the referee, so maybe we are being a bit permissive [in Formula 1].

“I will still watch the grand prix, and in a way it is human behaviour, you see Max [Verstappen] after the first corner when Lewis [Hamilton] overtook him on the right side, and he said ‘hmm, I am persecuted!’ I mean. He is not. Nobody is, but it is perception.

“And so in the heat of the action, I mean, you have your own feeling.

“On the other side you have the Race Director, you have the stewards, you have a lot of organisation and are we perfect? We are not perfect.

“Incidentally that’s why I have suggested to have a full review, to see what needs to be improved in light of what has happened, not only at this race [in Abu Dhabi], but what has happened over the year.”

Mercedes chief Wolff, speaking prior to Todt’s press conference, suggested only certain figures should be allowed to converse with the Race Director.

“I need to take myself by the nose, and Christian,” he said. “They were giving us the opportunity to talk to the Race Director directly and because we fight so fiercely, [and we have] the interest of our teams, all of us overstepped.

“This certainly was part of the failures this year that, under pressure from the team principals also, the Race Director’s life wasn’t made easier, certainly.

“So we need to come back. The team principals shouldn’t speak directly to the Race Director, it should be the Sporting Director.

“I’ll go one step further: I don’t think the Sporting Director should be lobbying the Race Director or exercising pressure.