Wolff angry, in disbelief, pain, as he expands on F1 finale 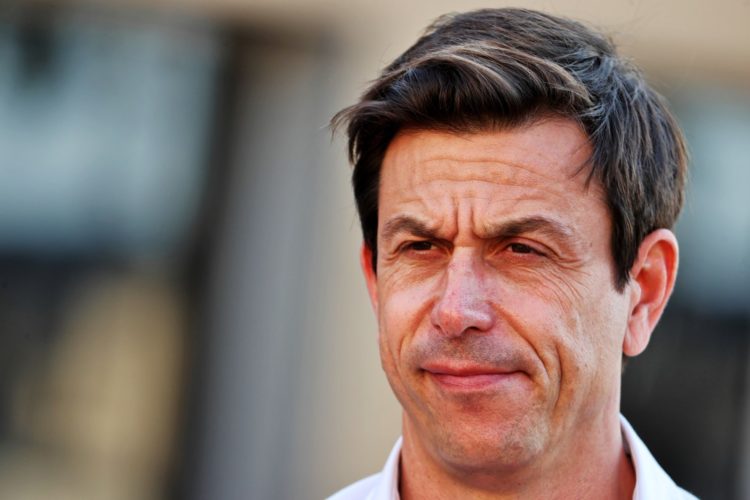 Mercedes boss Toto Wolff conversed with the media on Thursday for the first time following the controversial conclusion to Formula 1’s 2021 season.

Max Verstappen passed Lewis Hamilton for the lead of the race – and the win and championship – on the last lap in Abu Dhabi after a late Safety Car restart.

Mercedes protested the result based on its belief that Article 48.12 of the Sporting Regulations was not followed.

Stewards rejected Mercedes’ protest and on Thursday it opted against lodging a full appeal.

It comes after the FIA on Wednesday launched a detailed investigation into the events of Sunday, with Mercedes vowing to hold the governing body to account.

Wolff addressed the media on Thursday for around 40 minutes and he conveyed various thoughts on the current situation.

Lewis Hamilton has not spoken publicly since the immediate aftermath of Sunday’s grand prix. He was present at Windsor Castle on Wednesday to receive his knighthood but will skip Thursday’s FIA Gala, from which Wolff will also be absent.

Wolff confirmed that Mercedes and Hamilton had been in discussion at each point of its decision-making process this week and affirmed “neither him nor us, want to win a championship in the courtroom.”

“Lewis and I are disillusioned at the moment. We are not disillusioned with the sport – we love the sport with every bone in our body and we love it because the stopwatch never lies.

“But if we break that fundamental principal of sporting fairness and authenticity of the sport then suddenly the stopwatch doesn’t become relevant anymore because we are exposed to random decision-making, that it is clear you may fall out of love with.

“That you start to question if all the work you have been putting in – all the sweat, tears and blood – can actually be demonstrated in terms of being the best possible performance on track, because it can be taken away randomly.

“So it’s going to take a long time for us to digest what has happened on Sunday, I don’t think we will ever get over it. That’s not possible. And certainly not as a driver. We will never overcome the pain and the distress that was caused on Sunday.

“Many of [the] values and beliefs were kicked on Sunday. So I would very much hope that Lewis continues racing because he’s the greatest driver of all time. When you look at it from the point of view of the last four races he was dominant, there was not even a doubt who won the race. And that was worthy of winning the world championship. So we will be working through the events over the next weeks and months. I think as a racer his heart will say ‘I need to continue’ because he’s at the peak of his game, but we have to overcome the pain that was caused upon him on Sunday, also because he is a man with clear values and it’s difficult to understand that that happened.”

Wolff still struggled to accept the manner in which Sunday’s event concluded, at times pausing to recollect his thoughts and convey his perspective.

“To be honest, still today I can’t even understand what was happening,” he said. “I mean, disbelief, for me it still feels surreal. And when I rethink the situation, that at 18:27 the right decision was being taken, that no cars will un-lap themselves, and four minutes later, out of nowhere, suddenly five cars were allowed to un-lap themselves between Lewis and Max. And 10 seconds later the decision was taken that the Safety Car would come in this lap with a handful of laps only left. To be honest, for me that still seems like a nightmare. That’s why I was in total disbelief on Sunday and am still until today.”

“I’m not interested to having a conversation with Michael Masi,” was the cutting remark with which Wolff responded to a question of whether he would discuss matters with Formula 1’s Race Director.

It led to a wider contemplation about the state of decision-making within the sport across recent seasons.

“It is a wider problem because if you look at most of the controversies that have happened this year it was about decisions, sporting decisions on the track, the inconsistency of the execution of the regulations on track,” he said. “It is one thing to drive hard and have difference of opinion among drivers and teams, it is the nature of the game. But inconsistent decision making… leads to controversies, leads to polarisation… and that was, as I said before, grounds for many of the totally unnecessary [controversy].

Wolff on… dropping the appeal

Wolff mentioned that neither he nor Hamilton want to win a title in a court room but emphasised his standpoint that Mercedes would have presented a strong case if they had proceeded.

“Yes indeed, we believe we had a very strong case,” he said. “If you look at it from a legal side if it would have been judged in a regular court it is almost guaranteed we would have won. But the problem with the ICA is the way it is structured. The FIA can’t really mark their own homework. And there is a difference between being right and obtaining justice.”

He understood why some observers may be questioning why Mercedes has backed out of an appeal.

“I can understand the frustrations of many and to be honest, I am also in two minds between my perspective and my judgement on the legal position, and my realism of the outcome of such proceedings,” he said.

“As I said before, there’s a difference between being right and obtaining justice. And I don’t think that at the moment we are set up, in terms of our governance, to end up in a situation that would have given us remedy, that would have reinstalled a result that was taken away from Lewis before the last lap of the race. And that’s why, heavy-hearted, we have decided not to appeal because we wouldn’t have got the result. Now I think we have the right tools in hand to make sure that the decision-making going forward is better and we will be holding the FIA and the decision-makers accountable for making the sport and the decision-making more robust and consistent.”