Verstappen: Hamilton’s F1 success should give him ‘a lot of comfort’ 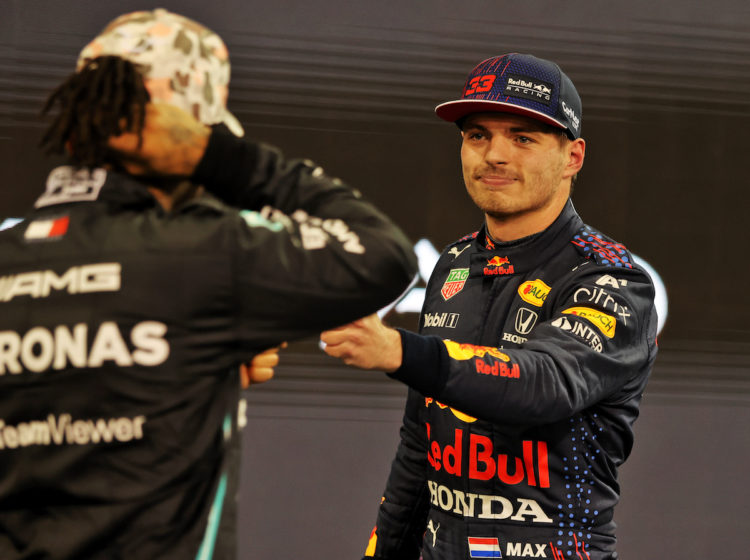 Red Bull’s Max Verstappen says Lewis Hamilton should take comfort in the seven Formula 1 world championships he has already achieved after the Mercedes driver missed out on a record-breaking eighth last weekend in Abu Dhabi.

Verstappen picked up his maiden title in controversial circumstances on Sunday, overtaking Hamilton on the final lap amid a Safety Car restart.

Mercedes protested the restart procedure to no avail and has since dropped its intent to appeal the Stewards’ dismissal.

Verstappen believes that Hamilton’s prior success in the sport should prompt him to come back and try again in 2022.

“Of course I can understand that the first few days after a race like that you are not happy,” Verstappen said.

“But you should also understand that this is racing at the end of the day and these things can happen to you.

“I think he should just look back at what he has achieved already and that should give him a lot of comfort and it should also be that drive to just to keep on going because he is still trying to challenge for that eighth title and for sure he can do that again next year.

“So I don’t see any reason why to give up or stop now. I don’t feel sorry but I can understand of course that it can be very painful.

“But at the end of the day, that’s racing as well. You have to just fighting until the end and you know in racing that anything can happen.

“And he also won a championship like that, so I think he can understand that as well.”