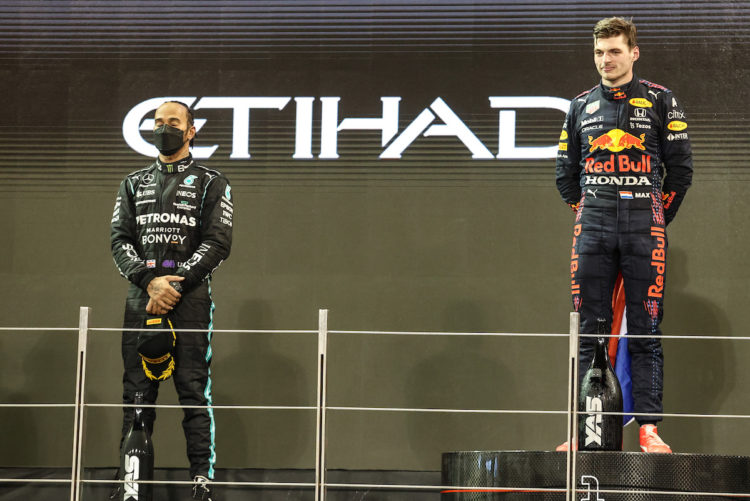 Susie Wolff, the wife of Mercedes team boss Toto Wolff, states she has been left in “utter disbelief” and with a “sick feeling” following the title-deciding events in Abu Dhabi last weekend.

Mercedes protested the restart procedure, in which the lapped cars that were between Hamilton and Verstappen were told to overtake the Safety Car after originally being informed to hold position.

Wolff, who is the CEO of the Venturi Formula E Team, asserted that Verstappen and Red Bull are deserving winners – but affirms that Hamilton was robbed due to the actions of Race Control.

“Going in to the race weekend in Abu Dhabi, I believed both teams and both drivers deserved to win,” she wrote on social media.

“It was going to be a spectacle, an historic race that we all hoped would end without controversy. That wasn’t to be.

“What happened is still hard to comprehend and leaves me with a sick feeling. Not the losing – and not Max or Red Bull – they are deserving winners and we always knew it was a strong possibility we may not win – but the way in which Lewis was robbed has left me in utter disbelief.

“The decision of one person within the governing body who applied a rule in a way which has never been done before in F1 single handedly decided the F1 Driver World Championship. Rules are rules, they can’t be changed on a whim by one individual at the end of a race.

“Lewis Hamilton, you have shown incredible integrity and dignity in the face of injustice. You are the greatest there has ever been. The outcome of the last laps on Sunday? Those who know, they know, even those who can’t quite bring themselves to admit it.

“Congratulations Max and congratulations to each and every member of Mercedes on your record breaking eighth constructors title – I hope by March of next year there is a governing body with sporting integrity and fairness at its core so I can fall back in love with F1.”

Mercedes is set to announce on Thursday whether it will proceed with its intention to appeal the Stewards’ decision after they took no further in Abu Dhabi last Sunday evening.

The FIA released a statement on Wednesday, in which it expressed that it would undertake a “detailed analysis” of the restart procedure.