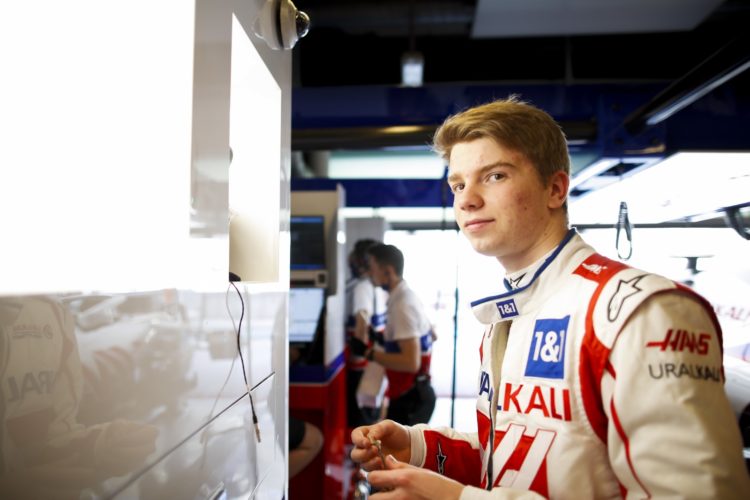 Robert Shwartzman described finishing fastest in Formula 1 testing as “the cherry on the cake” following his maiden outing with Haas on Wednesday.

Shwartzman, who carried out young driver testing in 2020 with Ferrari, tested for the team again on Tuesday, before switching to Haas for Wednesday.

The other nine teams opted to fulfil its young driver obligation on Tuesday, leaving Shwartzman as the only driver running a 2021-spec Formula 1 car, as he got behind the wheel of Haas’ VF-21.

Shwartzman set a time of 1:25.348s to finish top of the timesheets, having completed 130 laps, almost half a second up on McLaren’s Lando Norris.

“I’m very happy and I learned a lot which is very positive – I was always improving and progressing which is a very important thing,” he said.

“It’s been a big pleasure to drive for Haas today, it’s a different team and new environment but it went quickly.

“The team and people around were very nice and they were happy with what we’ve done today, we’ve done some different testing which was all good. It was just a very positive test and I’m happy.

“It’s always the cherry on the cake when you leave the track and you’re the quickest.”

Shwartzman finished runner-up to Oscar Piastri in this year’s Formula 2 championship and has yet to finalise his 2022 plans.

The Ferrari-backed youngster stressed that Formula 1 remains his target for 2023.

“I want to move forward, so yeah, my focus is on Formula 1, I want to be connected fully with Formula 1,” he said.

“Hopefully [I will] get as many opportunities as possible to drive the car and hopefully in a year to have an opportunity to race, so that’s my target, and what I do next year we’ll see.”