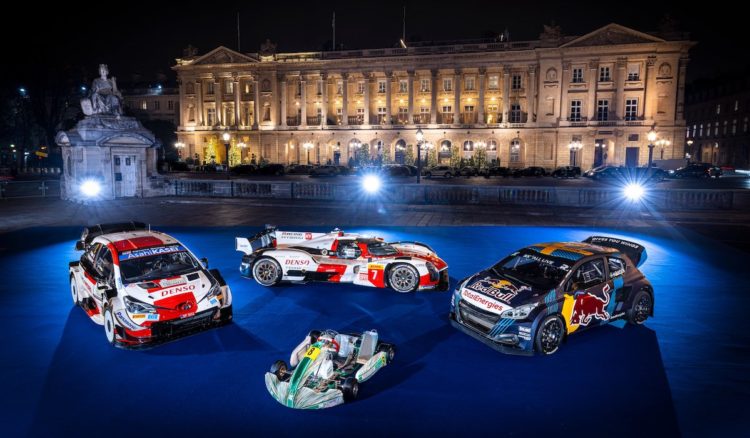 The fallout from the Abu Dhabi Grand Prix looks set to rumble on, with the two Mercedes championship winning cars missing from the traditional ‘champions’ photoshoot ahead of the FIA prize giving gala in Paris.

The car began with Hamilton taking the lead from second on the grid, demoting polesitter Verstappen to second. On the opening lap Verstappen then challenged for the lead, with Hamilton cutting across the corner to retain position.

The stewards deemed Verstappen had forced Hamilton wide and, with nowhere to go, was permitted to keep the lead but was ordered to hand back the time advantage he gained.

Hamilton then looked set to cruise to take the win and with that, his eighth championship. However with just a handful of laps remaining, Williams’ Nicholas Latifi crashed, forcing a Safety Car.

Just as it looked like Hamilton would be guaranteed the win, the FIA’s Michael Masi ordered the Safety Car to pit with one lap remaining. Further to that, despite initially ordering lapped cars to remain in position, Masi quickly changed his mind, but only permitted those cars between Hamilton and Verstappen to unlap themselves.

With Verstappen now right behind Hamilton and on much fresher tyres, the Briton was a sitting duck on the final lap, with Verstappen easily passing to claim his maiden F1 title.

Understandably, Mercedes were furious with the decisions made by race control and submitted two protests – both of which were rejected. They then submitted an intention to appeal. They have until Thursday to confirm this, before it is automatically withdrawn.

Thursday also marks the FIA’s glamorous end-of-season awards ceremony in which champions are crowned, both Drivers’ and Constructors’.

Mercedes of course won a record eighth Constructors’ Championship this year and you would therefore expect the W12 to be included in the traditional prize giving gala photoshoot, it, however, is missing.

Although Mercedes are running cars in the Abu Dhabi test, they would have other cars from this season, or at least sporting this year’s livery, available.

Questions must be asked as to whether Mercedes have chosen to boycott the gala given recent events. The team have been somewhat silent on social media, whilst no media sessions took place following the Abu Dhabi GP. Hamilton also skipped the official post-race press conference.