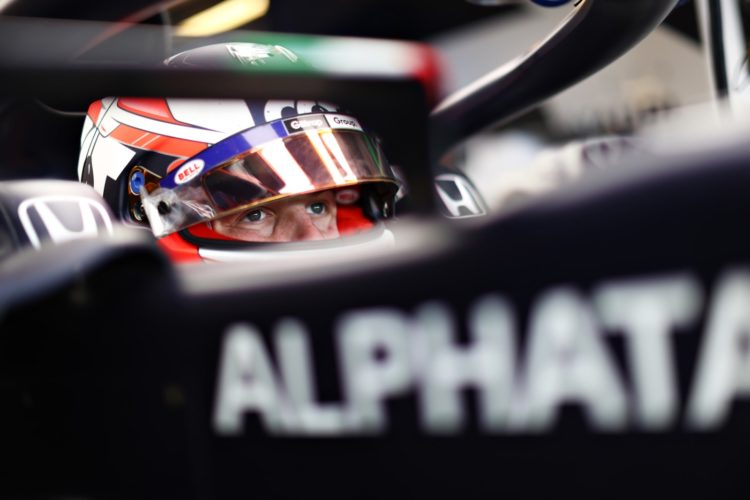 Liam Lawson described his maiden Formula 1 test as “amazing” and quipped he wanted to stay in the car, following his day of running in Abu Dhabi.

Lawson represented AlphaTauri during Tuesday’s test, completing 125 laps behind the wheel of the AT02, as he finished second on the leaderboard, 1.3s behind Mercedes reserve Nyck de Vries.

“It’s incredible how unbelievably fast these cars are,” said Lawson.

“I’ve obviously driven in the simulator before and when I’m there I always think that there’s no way that the car can actually be that quick in real life, but it really is.

“I want to say a huge thank you to Red Bull, Dr Marko and everyone that has made it possible to be here driving for Scuderia AlphaTauri today.

“This has been something that I’ve been dreaming about since I was a kid so it’s just incredible and I’m really, really happy.”

Lawson joked that he was “definitely nervous” prior to his first run and “tried not to show it but definitely felt it,” before getting up to speed.

“It took me a little while to get to full throttle but when I did I thought ‘holy moly that’s a lot of power!’

“The biggest difference is just the downforce, there’s significantly more than anything I’m used to.

“Getting feedback from Yuki [Tsunoda] too was also really great, we’ve been teammates before, so it was good to get his understandings and learnings and it was nice to be back driving with him again.

“I really didn’t want to get out of the car today, it’s been amazing to get my first taste of F1.”