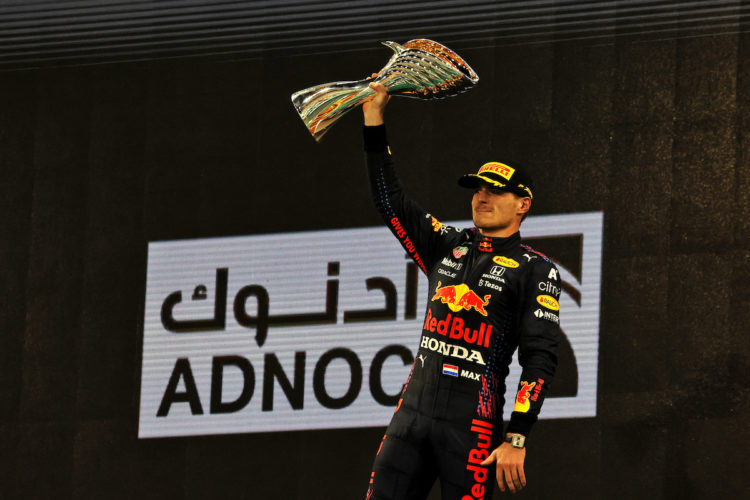 Max Verstappen set a new podium record on Sunday at the Abu Dhabi Grand Prix to go alongside his title glory.

By dramatically winning the race and his first world championship following a last-lap overtake on rival Lewis Hamilton, Verstappen grabbed his 18th podium of the season.

Out of his 22 race starts this year, Verstappen finished either first or second on 18 occasions and didn’t record a single third-place result.

At the Azerbaijan Grand Prix, he was on course for victory before he suffered a tyre failure in the closing laps.

At Silverstone at Monza, he was involved in crashes with title rival Hamilton, while in Hungary, he limped home to ninth place after being caught up in a Turn 1 accident.

Verstappen’s victory in Abu Dhabi was the 20th of his career, moving him to 17th on the all-time win list, equal with two-time F1 champion Mika Hakkinen.

It was also his 60th career podium, putting him 12th on the all-time list with the same number as Nelson Piquet.

With his title-winning tally of 395.5 points, Verstappen moves into fourth on the list of most points in a season. That record is still held by Hamilton’s 413 from 2019.