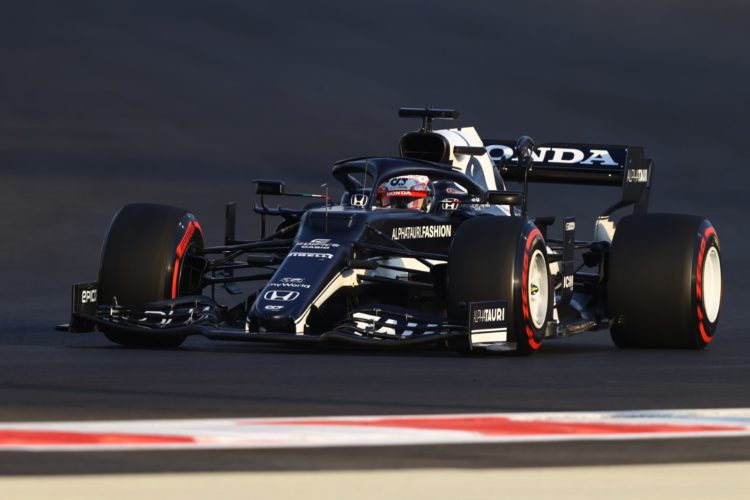 Yuki Tsunoda says he will head into the off-season having “rebuilt” his confidence after capping his rookie campaign with a career-best fourth in Abu Dhabi.

Tsunoda scored points on his debut in Bahrain but endured a fraught run thereafter, suffering several accidents, and admitted his confidence took a knock.

Tsunoda displayed strong pace throughout the weekend at Yas Marina, finishing inside the top 10 during practice, and went on to qualify eighth.

Tsunoda had been set to capture sixth place in the race but gained a spot when Sergio Perez retired and then passed Valtteri Bottas during the final lap restart to grab fourth.

“I’m so happy, what an incredible result to end the season with,” said Tsunoda.

“I think overall this weekend the car has been really strong, I didn’t expect the race pace to be quite as good but in the end it has been a great day.

“It’s amazing to be finishing the season on such a high, it’s been a long journey getting back to this point, but I’ve really rebuilt my confidence and it’s great heading into the off-season with this incredible result.”

Tsunoda was backed-up by team-mate Pierre Gasly, who classified fifth, to secure ninth place in the standings.

“It’s been an incredible season, the most successful for us as a team in 15 years, we’ve scored a lot of points and there have been many highlights.

“We’ve focused on ourselves every single race and I think we’ve performed well this season, so I’m really proud of everyone.”